TEHRAN, September 21 - US President Donald Trump’s nominee for the US Supreme Court, Judge Brett Kavanaugh, 53, has announced his willingness to appear before a Senate hearing to testify his innocence. 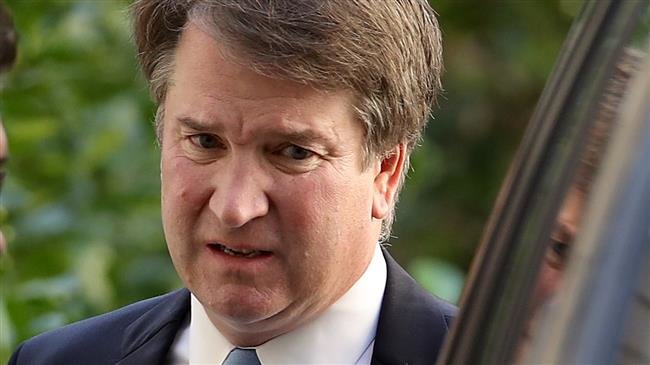 The Senate Judiciary Committee, which is overseeing Kavanaugh’s nomination, has scheduled a hearing for Monday to examine the sexual abuse accusation.

Kavanaugh sent a letter on Thursday to the chairman of the Senate’s Judiciary Committee, Sen. Chuck Grassley (R-Iowa), saying he would attend the Senate hearing scheduled for Monday to "clear my name."

"Thank you for the invitation to appear before the Senate Committee on the Judiciary on Monday, September 24. I will be there. I look forward to the opportunity to testify before the Committee," Kavanaugh wrote.

Blasey Ford, however, announced that she could not make it to the Monday hearing on the set date and would testify later in the week.

Monday "is not possible and the committee's insistence that it occur then is arbitrary in any event," Blasey Ford's lawyer Debra Katz wrote to the Judiciary Committee, adding, her client “wishes to testify, provided that we can agree on terms that are fair and which ensure her safety.”

"As you are aware, she has been receiving death threats, which have been reported to the Federal Bureau of Investigation, and she and her family have been forced out of their home," it said.

Lawyers for Blasey Ford asked to hold discussions with the Committee to set up a new date and conditions for the hearing.

They want her allegations to be investigated by the US government before she appears for a hearing in Congress. "Her strong preference continues to be for the Senate Judiciary Committee to allow for a full investigation prior to her testimony," they said.

If Kavanaugh is approved for the Supreme Court, it would give Republicans power over the body.

Republicans fear if Kavanaugh's nomination is delayed any further, it could be endangered by a possible Democratic sweep of the looming congressional midterm elections in seven weeks.