TEHRAN, September 21 - Foreign Minister Mohammad Javad Zarif has slammed the US over its call for a “treaty” with Iran, saying Washington has already breached an international agreement that included Tehran, and that its new plan is nothing but a mockery of peace calls. 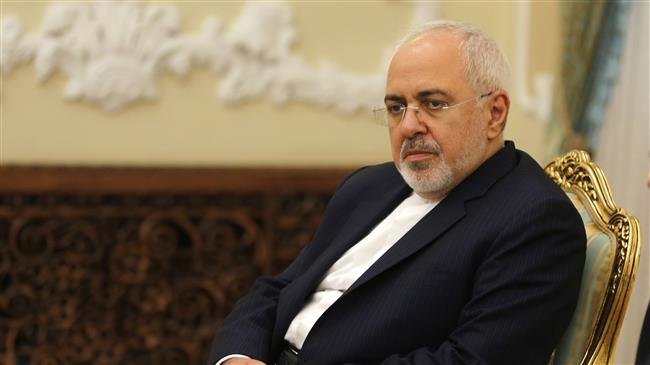 TEHRAN, Young Journalists Club (YJC) - The top diplomat took to Twitter on Thursday to respond to statements by the US administration’s new special representative for Iran, Brian Hook, who told the Hudson Institute think tank that Washington is seeking to negotiate a treaty with Tehran to include its defense program and regional role.

Hook also said, “The new deal that we hope to be able to sign with Iran, and it will not be a personal agreement between two governments like the last one; we seek a treaty.”

The remarks came just months after US President Donald Trump fulfilled his election campaign promise and pulled his country from a 2015 multilateral nuclear deal with Iran despite objections from the other parties – Britain, France, Germany, Russia and China – and the entire world community.

Washington’s exit from the landmark Iran deal was interpreted as yet another sign of the US’s growing unilateralism under Trump.

Zarif rejected Hook’s “wrong” definition of the Iran deal, saying the agreement – officially called the Joint Comprehensive Plan of Action (JCPOA) – is an “international” one, which has been endorsed by a UN Security Council Resolution.

“Plus, US has violated its treaty obligations too & faces 2 suits at ICJ (International Court of Justice). Apparently, US only mocks calls for peace,” tweeted Iran’s foreign minister.

Along with his tweet, Zarif posted a video, which shows a peace activist briefly disrupting the event at the Hudson think tank to speak in support of the Iran deal and against the US’s brutal sanctions against the Iranian nation.

Just as Hook was done with the first part of his speech there, anti-war activist Medea Benjamin, co-founder of Code Pink institute, showed up before the cameras to challenge Hook for his hostile position on Iran.

She criticized the US for abandoning a deal which the entire world community, including the US’s allies, wants to preserve.

“You are making a case for a war with Iran. How did the war with Iraq turn out? You’re doing exactly the same thing as we did in the case of Iraq,” Benjamin shouted before being carried off the stage.

Washington’s withdrawal from the Iran deal and the ensuing re-imposition of bans has put the US at loggerheads with its European allies, who have vowed to protect their business ties with Tehran and keep the nuclear pact alive.

The EU is now scrambling to finalize an economic package meant to meet Iran’s conditions for staying in the JCPOA.

Shortly after scrapping the Iran deal, Trump said he was open to negotiations with Iranian authorities, an offer quickly rejected by Tehran, which said it will not talk under pressure and threats.

Iran has also said repeatedly that its national defense program and role in the region are domestic issues and thus not up for discussions.