US envoy says Washington seeks a treaty with Iran

TEHRAN, September 21 - The United States says it seeks a treaty with Iran ahead of the next week's United Nations General Assembly meeting in New York. 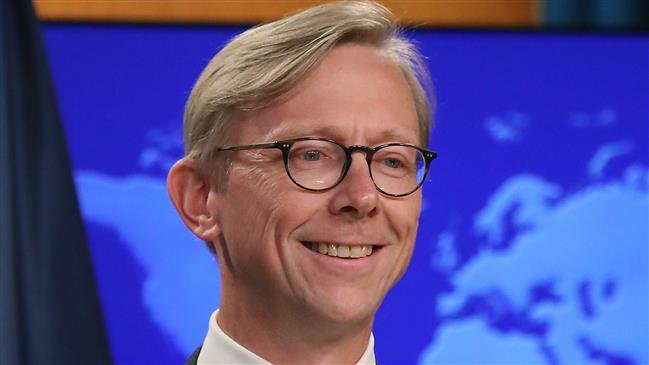 TEHRAN, Young Journalists Club (YJC) - US special envoy for Iran Brian Hook made the comments at an event at the Hudson Institute on Wednesday.

“The new deal that we hope to be able to sign with Iran, and it will not be a personal agreement between two governments like the last one, we seek a treaty,” he told the audience.

He further said that the nuclear deal, officially called the Joint Comprehensive Plan of Action (JCPOA), lacked support among members of the Republican-held Congress, when it was clichéd under former US President Barack Obama.

“They did not have the votes in the US Senate so they found the votes in the UN Security Council," Hook said. "That is insufficient in our system of government if you want to have something enduring and sustainable.”

US President Donald Trump re-imposed anti-Iran sanctions, lifted as part of the 2015 nuclear deal, in August, after withdrawing the US of the agreement, also backed by the UK, Russia, Germany, Russia, and China.

Leader of the Islamic Revolution Ayatollah Seyyed Ali Khamenei has previously stressed that the Islamic Republic will not enter into new negotiations with the United States due to cheating and bullying nature of its government.

“In any negotiations, if the opposite side refrains from giving real concessions, Americans will launch such a propaganda and media rancor in the world that the other side feels at loss and becomes passive,” Ayatollah Khamenei added.

Iran has repeatedly emphasized that its missile program is merely defensive and deterrent, thus non-negotiable.