TEHRAN, September 21 - Pope Francis has accepted the resignation of two more Chilean bishops as a decades-long sex scandal continues to shake the foundations of the Catholic Church. 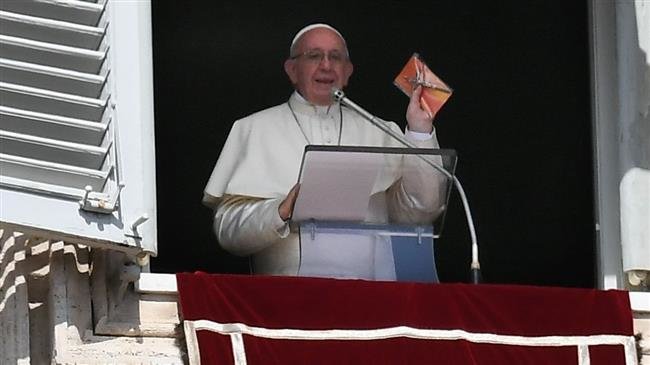 The resignations brought to seven the number of bishops who have stepped down since all of the country's 34 bishops offered their resignations en masse during an emergency meeting with Pope Francis in May over allegations of a conspiracy to cover up sexual abuse cases by Church officials.

The meeting was held after Vatican investigators compiled a 2,300-page report alleging that senior Church officials in Chile had failed to address the abuse claims and in some cases hid them.

With the latest resignations, the pope has removed the leadership of about 20 percent of the Latin American country's dioceses.

In the past few months, Chilean prosecutors and police have launched raids on the offices of several dioceses as part of investigations looking for new cases of sexual abuse or evidence that Church officials hid abuse from authorities.

Chile's bishops conference has said it was committed to collaborating with civil authorities on accusations of abuse.

In addition to Chile, the Catholic Church is facing sexual abuse scandals in other countries including the United States, Australia and Germany.

Germnany’s Der Spiegel magazine reported earlier this month that a study commissioned by the German Bishops' Conference had concluded that 1,670 clerics and priests had sexually abused 3,677 minors, mostly males, in Germany over a 70-year period.

Pope Francis, himself, has been accused of complicity in the Church's cover-up.

The Vatican's former ambassador to the United States, Italian archbishop Carlo Maria Vigano, released an 11-page testament in August claiming that the Pope knew, but did nothing, about sex abuse in the Church.

Vigano claimed in the Church there was a “conspiracy of silence not so dissimilar from the one that prevails in the mafia” referred to as the "Omerta."

Pope Francis has on many occasions been accused by critics of being deliberately obtuse about the widespread child sex abuses in the Catholic Church which has been properly documented, hugely publicized and been going on for generations.