TEHRAN, September 22 - Death toll has risen to 11, with over 30 injured, in a terrorist attack carried out by armed assailants at a military parade in southwest city of Ahvaz. 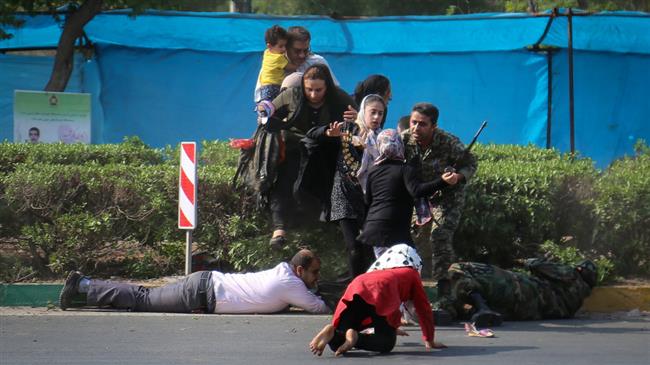 TEHRAN, Young Journalists Club (YJC) - Deputy governor of Khuzestan, Ali Hossein Hosseinzadeh, told Mehr News correspondent that the the death toll of today's terrorist attack at a military parade in Ahvaz has risen to 11, and over 30 people, including women and children, have been injured.

The death toll is feared to rise due to the severity of the injuries.

The attack has reportedly been carried out from outside of the parade perimeters, from a park overlooking the observation platform.

Officials present at the stand, including the governor general of Khuzestan and governor of Ahvaz, are reported to be unharmed.

Early reports indicate that at least eight armed forces personnel, as well as the bodyguard of Khuzestan’s IRGC commander, have been martyred in the attack. A journalist has also been said to be among the casualties.

According to the senior spokesman for the Iranian Armed Forces, Brigadier General Abolfazl Shekarchi, the attack was carried out by four terrorists, three of whom killed and the other arrested by security forces and the police.

IRGC spokesman told ISNA correspondent that the armed assailants who opened fire at people and armed forces personnel present at the parade were affiliated with the ‘Al-Ahwaz’ separatist group. He added that the group is ideologically fed by Saudi Arabia, noting that the attack aimed at undermining the massive scale of the armed forces parade. He said that civilians had also been invited to watch the parade, and the gunmen had opened fire both at them and the military personnel.

The ‘Al-Ahwaz’ separatist group has claimed responsibility for the attack.

Iran is conducting nationwide military parades to mark the beginning of the Sacred Defense Week.