US wages economic war against Iranian nation like terrorists: Larijani

TEHRAN, September 22 - Iranian Parliament Speaker said on Saturday that the US is a waging an economic war against Iranian children, women and patients just like terrorists who attack innocent civilians. 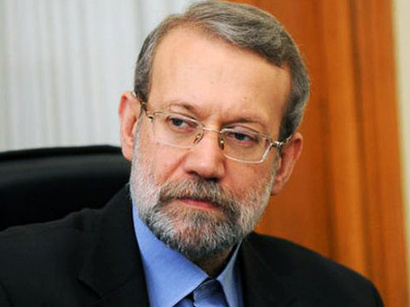 TEHRAN, Young Journalists Club (YJC) - Addressing the Armed Forces parade in Bandar Abbas, Hormozgan province, Ali Larijani said “today, the United States leads a state-run terrorism which wears a mask of human rights and democracy, however, imposing sanctions against the Iranian nation will only bring shame for the US administration.”

US leaders have come to the conclusion that they cannot fight a military war against Iran so they use cunning to reach their goals, he said. Then addressing US leaders he added, “you are not beside the Iranian nation, you are fighting an economic war against the Iranian people, children, women and patients, and you act just like terrorists who attack women, children and innocent people.”

Trump’s strategy is to scare regional states with Iran and push them towards Israel, he said, and addressing the leaders of Arab states he noted, “appreciate Iran and Iran’s Armed Forces which are standing against American threats, and if the United States finds the opportunity, it will take you to kiss the Netanyahu’s foot and it will dominate the Jew over the Ka'bah.”

He went on to say that some countries should not be deceived by receiving US weapons. he added that Iran will respond to any threatening measure and will not let the Americans to advance their plots in the region.

“The Armed Forces of the Islamic Republic of Iran have come to the power that they are ready to stand against any drunkard bully. It is also ready to help any friend and neighbor in the region against US’ avaricious plots.”