TEHRAN, September 23 - China summoned the U.S. ambassador in Beijing and postponed joint military talks in protest against a U.S. decision to sanction a Chinese military agency and its director for buying Russian fighter jets and a surface-to-air missile system. 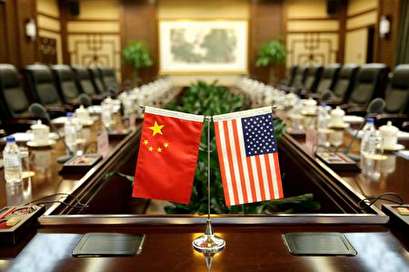 China's Defence Ministry said in a statement it would recall navy chief Shen Jinlong from a visit to the United States and postpone planned talks in Beijing between Chinese and U.S. military officials that had been set for next week.

It added that China's military reserved the right to take further countermeasures, without giving further details.

Ministry spokesman Wu Qian said China's decision to buy fighter jets and missile systems from Russia was a normal act of cooperation between sovereign countries, and the United States had "no right to interfere".

On Thursday, the U.S. State Department imposed sanctions on China's Equipment Development Department (EED), the branch of the military responsible for weapons procurement, after it engaged in "significant transactions" with Rosoboronexport, Russia's main arms exporter.

The sanctions are related to China's purchase of 10 SU-35 combat aircraft in 2017 and S-400 surface-to-air missile system-related equipment in 2018, the State Department said.

A senior U.S. State Department official on Saturday said China was the only country that had taken possession of the advanced S-400 surface-to-air missile system, in a breach of a U.S. sanctions law imposed in response to Russia's "malign behavior".

The official, speaking to Reuters on condition of anonymity, insisted that the sanctions were aimed at Moscow, not Beijing.

The so-called Countering America’s Adversaries Through Sanctions Act, or CAATSA, was signed into law in 2017 to punish Russia for meddling in U.S. elections, aggression in Ukraine and involvement in Syria’s civil war.

"China is the first country in the world to use both of those systems," the official said.

"Both of those systems are extremely sophisticated and very high value."

The mobile S-400 batteries, which include radars, a control system, and missiles with a range of up to 250 miles (402 km), was first deployed in Russia in 2007 and is considered Moscow's most effective defense against aircraft, missiles and drones.