TEHRAN, September 23 - The U.S. State Department said on Saturday that Washington would not wait to impose sanctions on any shippers helping to get fuel to North Korea, in an apparent warning to Russia days after the U.S. ambassador to the United Nations accused Moscow of cheating on the measures. 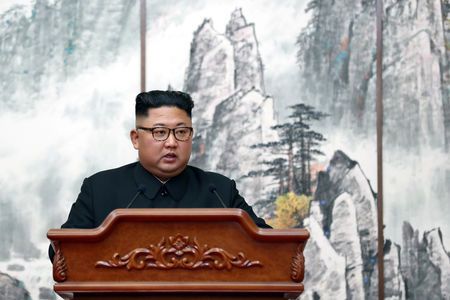 "The United States will not hesitate to impose sanctions on any individual, entity, or vessel supporting North Korea's illicit activities, regardless of nationality," Nauert said.

The 15-member U.N. Security Council has unanimously boosted sanctions on North Korea since 2006 in a bid to choke funding for Pyongyang's nuclear and ballistic missile programs.

But the United States and Russia have recently shown cracks in the unity of the council over the sanctions.

Washington has "evidence of consistent and wide-ranging Russian violations" of the sanctions, the U.S. ambassador to the U.N. Nikki Haley said on Monday.

Russia was helping North Korea illegally obtain fuel through transfers at sea, had refused to expel a North Korean whom the Security Council blacklisted last year, and had pushed for changes to an independent U.N. report on sanctions violations to cover up breaches by Russians, she said.

Russia said after Haley's comments that Moscow had not pressured the authors of the U.N. report and blamed Haley for heightening tensions.