TEHRAN, September 23 - Iran's FM spokesman said on Saturday that of terrorism and violence supporters cannot cover up their direct involvement backing anti-Iran terrorists and their apologists and mouthpieces in through false rhetoric and claims. 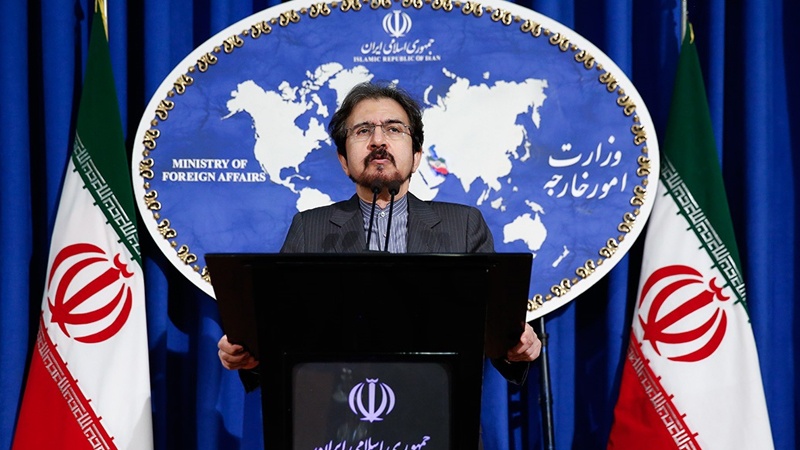 TEHRAN, Young Journalists Club (YJC) - Bahram Ghasemi stated that employees of the known centers of violence against humanity as well as intellectual, financial and media sponsors of terrorism in the region and beyond should be sure that they would never be able to influence willpower of the Iranian nation in the all-out fight against unbridled terrorism through such filthy acts.

He expressed sympathy and solidarity with people of Khuzestan province in southwestern Iran as well as the families of the victims of the terror attack.

Islamic Republic of Iran will continue its non-stop efforts to promote regional security and stability and fighting terrorism, he said.

The foreign ministry spokesman added: "Terrorism as the scourge of the century which has taken aim at global peace and stability transcends geography, religion, ethnicity, race and language, and has turned into a truly global threat which cannot be dealt with except through serious public resolve."

At least 25 people were killed and over 60 others wounded during Saturday morning's terror attack in Ahvaz, capital of Khuzestan Province, in southwestern Iran.