TEHRAN, September 23 - Turkish President Tayyip Erdogan said on Sunday he would work on improving political and economic ties with Germany during a visit to the country later this month. 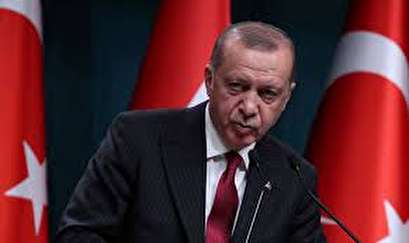 TEHRAN, Young Journalists Club (YJC) - Turkish President Tayyip Erdogan said on Sunday he would work on improving political and economic ties with Germany during a visit to the country later this month.

Turkey is seeking to improve its awkward relationship with Europe at a time when its ties with the United States have deteriorated and the lira has been falling sharply.

Erdogan is also traveling to the U.S. to attend a United Nations meeting and will meet with U.S. investors before visiting Germany between Sept. 27 and 29.

“Our priority agenda on my visit to Germany will be completely leaving behind the period experienced in recent years in our political relations,” he said at a press conference prior to his departure for the U.S..

“It will (also) be the steps that can be taken to carry our economic ties further on a mutually beneficial basis.”

Relations between Germany and Turkey deteriorated after a post-coup crackdown in Turkey that has seen tens of thousands of people imprisoned since 2016, including some German citizens.

There has been a slight thaw in recent months since Turkey released one German-Turkish journalist and allowed another German citizen to leave the country.

Germany is home to a three-million-strong Turkish diaspora, the world’s largest, many of whom have dual citizenship. German officials believe they have little choice but to improve ties, despite concerns over human rights in Turkey.

German Finance Minister Olaf Scholz said after meeting with his Turkish counterpart on Friday that Erdogan will not ask for economic aid when he meets Chancellor Angela Merkel.

Turkey’s lira has lost nearly 40 percent of its value this year on concerns over Erdogan’s grip on monetary policy. More recently Ankara has accused the U.S. of waging “economic war” amid a bitter standoff between the NATO allies over the fate of a Christian pastor detained by Ankara.

Erdogan also met with representatives from U.S. companies in Ankara on Wednesday.