TEHRAN, September 23 -The Russian Defense Ministry says “misleading” information from the Israeli Air Force Command has in fact downed a Russian Ilyushin Il-20 reconnaissance aircraft off a Syrian coast, holding the Israeli regime fully responsible for the tragic event, which killed more than a dozen servicemen. 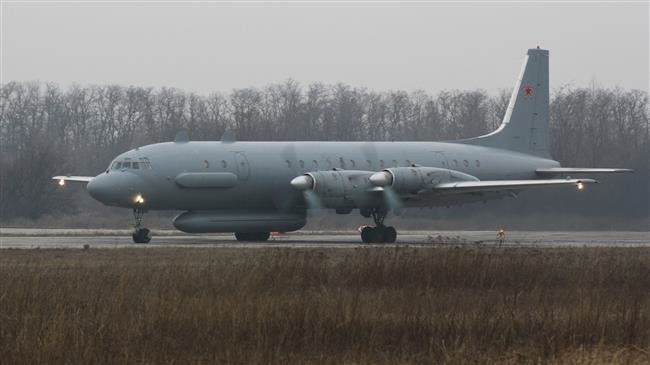 TEHRAN, Young Journalists Club (YJC) - Major General Igor Konashenkov, the chief spokesman for the Ministry of Defence of the Russian Federation, made the remarks on Sunday, stressing that a minute-by-minute account of the incident showed that Israel was culpable for what happened for the Russian aircraft.

“We believe that the blame for the Russian Il-20 aircraft tragedy lies entirely with the Israeli Air Force,” Konashenkov said before giving a detailed account of events leading to the downing of the aircraft on September 17 by Syria’s S-200 missile defense system.

The Russian plane with 15 servicemen was circling over Idlib’s de-escalation zone on a special reconnaissance mission, when four Israeli F-16 warplanes left the regime’s airspace and flew over the neutral Mediterranean waters towards the Syrian coast.

Konashenkov said the Russian military received a call from Israeli command warning that its warplanes were about to strike “north of Syria”, where the doomed plane was monitoring. But the Russian aircraft had only less than a minute for any safety maneuvers to return to its base, before Israeli jets dropped their precision-guided glide bombs in Latakia, he added.

“The misleading (information) by the Israeli officer regarding the location of the strikes made it impossible to guide the Il-20 to a safe location,” he said.

As the Il-20 was landing near Latakia, one of the Israeli jets “began to maneuver” at 1859 GMT “getting closer to the Il-20”, which was interpreted as a repeat attack by the Syrian air defense and resulted in it being shot down, Konashenkov added.

He explained that the intentional close proximity of the Israeli jet to the Russian aircraft deceived the Arab country’s air defense units and showed the reconnaissance plane as a group of Israeli jets on the Syrian radars, effectively used the big aircraft as a “shield.”

Actions by the Israeli pilots “either speak of their unprofessionalism or criminal negligence at the very least,” Konashenkov said, adding, “The military leadership of Israel either has no appreciation for the level of relations with Russia, or has no control over individual commands or commanding officers who understood that their actions would lead to tragedy.”

He also said “adventurism” of the Israeli military could have even put in danger civilian planes which use the same airspace to land at the nearby Hmeimim airbase, run by the Russian military.