TEHRAN, September 23 - UK Labour Party leader Jeremy Corbyn says his fellow party members in Parliament would be prepared to vote down Prime Minister Theresa May’s final Brexit deal this fall in an attempt to force the government back to the negotiating table with Brussels. 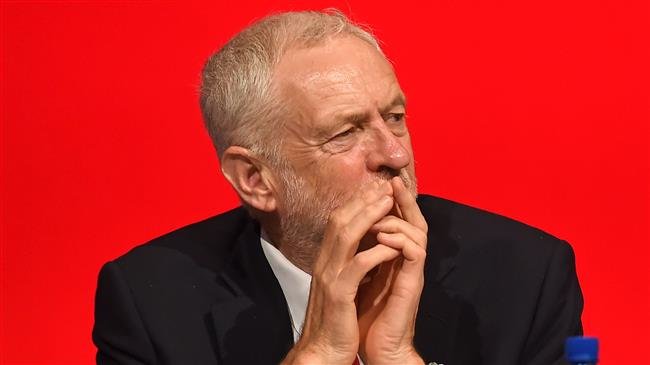 TEHRAN, Young Journalists Club (YJC) - Corbyn told the BBC on Sunday that the party would also vote against any Brexit deal deemed detrimental to the interests of British people.

“We would vote it down if it didn’t meet out tests, in order to send the government – if it is still in office – straight back to the negotiating table,” said Corbyn.

“We want to protect jobs and industry in the country,” he added.

The House of Commons is expected to vote on May’s final Brexit deal with the EU, if there is any such deal, in November. Britain then would leave the bloc in March next year.

Labour had earlier indicated that it would not accept May’s Brexit deal amid fears that the premier would come out of negotiations with an agreement that could make Britain even more dependent on the EU in future.

Concerns about a bad deal or even a no-deal Brexit situation intensified Thursday when the EU said it would not accept May’s proposals on trade as well as how the border in the island of Ireland will be administered after Brexit.

May’s failure with her Brexit plan would either lead to a change of leadership in the ruling Conservative Party or a call for general elections.

Corbyn, whose party opened an annual conference in Liverpool earlier in the day, said he would accept proposals for a second Brexit referendum if party members agreed to it. He reiterated, however, that Labour still preferred a snap general election over one such referendum.

“Our preference would be for a general election and we can then negotiate our future relationship with Europe but let’s see what comes out of conference,” said Crobyn. “Obviously I’m bound by the democracy of our party.”