TEHRAN, September 23 - Residents of Yerevan took to municipal polls Sunday, the first vote held in the ex-Soviet country since mass protests pushed its former leader to resign, and a major test for the new government. 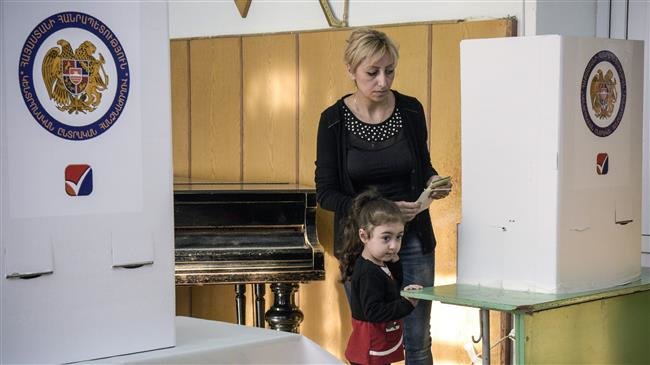 TEHRAN, Young Journalists Club (YJC) -The election of the city council or Council of Elders and mayor in the capital, where almost half the national population lives, is crucial for Armenia's Prime Minister Nikol Pashinyan, who was swept into his new role after spearheading weeks of protests in May.

Pashinyan, whose popularity is based on his anti-corruption and economic reform stance, still faces an Armenian parliament mostly comprised of members of the formerly ruling Republican party.

Ahead of the polls, he urged citizens to cast ballots for his allies, saying the outcome will determine whether he has enough public support to negotiate holding snap parliamentary election.

The mayoral seat has been empty since former mayor Taron Margaryan resigned on July 9 over corruption allegations and protests urging him to quit. Snap polls were triggered when the city council was unable to select a new mayor.

By Armenian law, the mayor is selected based on election results for the council: if one party gains more than half of the votes, the party's candidate becomes mayor.

In case of a different outcome, the new council selects the mayor via secret ballot.

Twelve parties and alliances are running for council seats. At the top of the list of Pashinyan's alliance My Step is popular actor and comedian Hayk Marutyan.

"We all understand that the new government needs our support so that anti-revolution forces cannot come back," he told AFP.

The Republican party of ex-president Serzh Sarkisian is not participating in the council polls.