TEHRAN, September 23 -Saudi Arabia – the biggest oil producer of the Organization of the Petroleum Exporting Countries (OPEC) – and biggest oil-producer ally outside the group, Russia, have jointly rebuffed a veiled request by US President Donald Trump to implement an immediate increase in their production of crude oil. 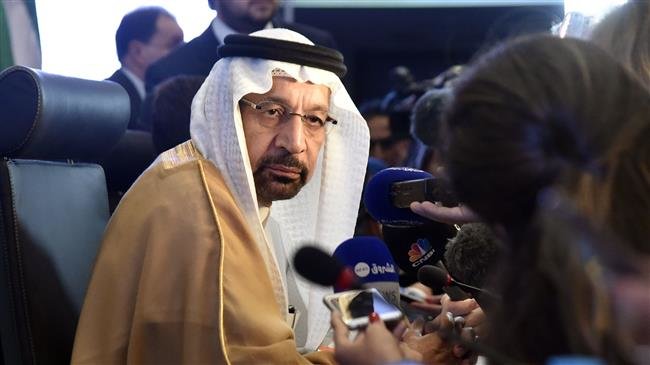 TEHRAN, Young Journalists Club (YJC) -Saudi Energy Minister Khalid al-Falih was quoted by media as saying that the kingdom had spare capacity to increase oil output, but stressed that no such move was needed at the moment.

"My information is that the markets are adequately supplied. I don't know of any refiner in the world who is looking for oil and is not able to get it," Falih told reporters as OPEC and non-OPEC energy ministers gathered in Algiers for a meeting that ended with no formal recommendation for any additional supply boost.

Nevertheless, he signaled Saudi Arabia stood ready to increase supply if Iran's output fell.  "Whatever takes place between now and the end of the year in terms of supply changes will be addressed."

Russian Energy Minister Alexander Novak said no immediate output increase was necessary, although he believed a trade war between China and the US as well as US sanctions on Iran were creating new challenges for oil markets.

Benchmark Brent oil reached $80 a barrel this month, prompting Trump to reiterate on Thursday his demand that the OPEC lower prices.

"We protect the countries of the Middle East, they would not be safe for very long without us, and yet they continue to push for higher and higher oil prices! We will remember," Trump wrote in a tweet message, adding, "The OPEC monopoly must get prices down now!"

Trump’s message drew the reaction of Iran’s Petroleum Minister Bijan Zanganeh who said he was trying to pressure oil producers of the Persian Gulf region to increase their output.

Zanganeh also expressed hope that producers would not yield to Trump’s “orders” to turn the taps on.

On Thursday, the Iranian minister had warned fellow OPEC members against any effort to appease the US, stressing that Tehran would veto any decision by the Organization that risked any harm to Iran's national interests.

He said the agreement reached in 2016 between OPEC member states and allied producers to cut output was “in tatters", adding that monitoring committee formed by producers had no authority to impose a new supply deal.