TEHRAN, September 24 - British Prime Minister Theresa May says Iran is in compliance with its commitments under a nuclear deal it signed in 2015, stressing that the agreement should be kept alive. 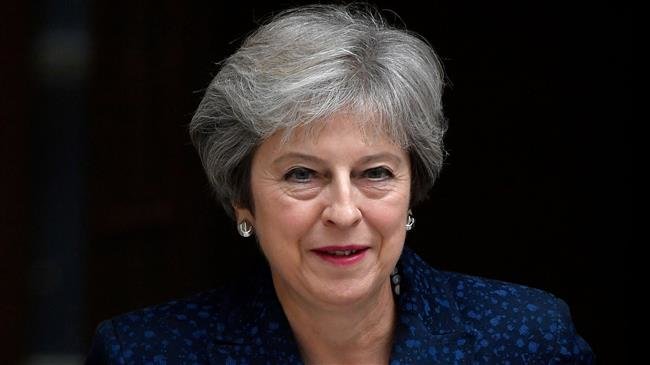 TEHRAN, Young Journalists Club (YJC) - "From what we see, we believe that it is doing that," May told CBS on Sunday.

In excerpts of an interview, that was to air in full on Monday, May said that her country believes that the accord, officially known as the Joint Comprehensive Plan of Action (JCPOA), "should stay in place."

The British premier emphasized that other signatories to the deal - repudiated by the United States - "believe that it should stay in place."

However, there are other issues outside the deal, including Iran's missile program and the country's role in the Middle East, that also need to be dealt with.

The British prime minister's interview came as world leaders are gearing up for week-long high-stakes diplomacy at the United Nations General Assembly.

US President Donald Trump announced in May that Washington was pulling out of the JCPOA, which lifted nuclear-related sanctions against Tehran in exchange for restrictions on Iran's nuclear program. The deal had been signed between Iran and the five permanent members of the UN Security Council plus Germany.

Despite Washington's withdrawal, Iran has not left the deal yet, but stressed that the remaining signatories to the agreement now had to work to offset the negative impacts of the US pullout for Iran if they wanted Tehran to remain in it.

Other parties to the JCPOA have repeatedly announced that the deal is working and should stay in place.

Since the JCPOA Implementation Day on January 16, 2016, the IAEA has been monitoring Iran’s compliance with its nuclear-related commitments under the nuclear deal and has consistently verified the Islamic Republic’s compliance.

In his opening address to the IAEA’s 62nd General Conference, the agency's Director General Yukiya Amano reaffirmed that Iran is in compliance with the nuclear agreement.

“Iran is implementing its nuclear-related commitments under the JCPOA," Amano added.

In his introductory statement to the IAEA's Board of Governors in Vienna on September 10, Amano said Iran is living up to all its commitments under the 2015 nuclear deal.

Head of the Atomic Energy Organization of Iran (AEOI) Ali Akbar Salehi said on Monday that the United States' withdrawal from the landmark nuclear deal will have serious negative effects on the regional and international peace and security.

"The unilateral US move to withdraw from this agreement will have negative impacts on regional and international peace and security," Salehi said in an address to the 62nd General Conference of the IAEA in Vienna.

In a phone call with the British prime minister in May, Iran’s President Hassan Rouhani said the European Union’s time to preserve the nuclear deal is limited.

"The Islamic Republic of Iran is following its own national interests by honoring the JCPOA, unfortunately other parties have not carried out their obligations in a satisfactory manner," Rouhani said.