TEHRAN, September 24 - A ranking Russian official blamed the Israeli regime for the downing of a Russian military jet over Syria, saying Moscow could easily close the Arab country’s airspace to Israeli jets to prevent a recurrence of the recent tragedy for the Il-20 surveillance aircraft. 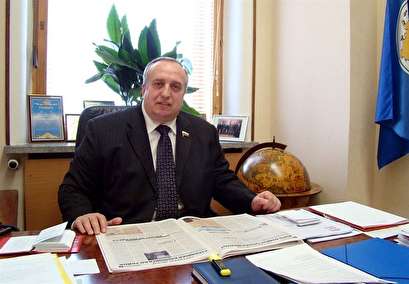 The Russian senator said Moscow will adopt proportional measures in reaction to the incident, adding that Russia has the necessary equipment and capabilities to completely close Syria’s airspace to Israeli flights, which is only one of the options Russia can take.

Deploring the Israeli officials’ insistence on continuation of aerial attacks on Syria, Klintsevich said it would only complicate the situation and not benefit Tel Aviv at all.

Russia’s Defense Ministry said the Il-20 reconnaissance aircraft, with 15 Russian service personnel on board, was brought down by anti-aircraft batteries of Moscow’s ally, Syria, in a friendly fire incident on September 17.

Russia holds Israel responsible for the incident, saying the regime’s warplanes “created a dangerous situation” that led to the downing of the Russian aircraft by Syria’s S-200 missile defense system.