TEHRAN, September 24 - Turkish authorities ordered the arrest of 61 soldiers from the navy and land forces, including senior officers, for suspected links to a U.S.-based cleric who Ankara says orchestrated a 2016 failed coup, state media said on Monday. 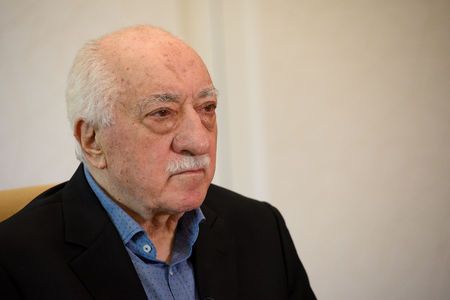 TEHRAN, Young Journalists Club (YJC) - Eighteen of those ordered detained were on active duty, Anadolu news agency said, adding the suspects included 13 majors and 12 captains from the land forces and 24 first lieutenants from the navy.

Authorities have carried out regular sweeps against alleged members of cleric Fethullah Gulen's network since the coup attempt of July 2016, in which 250 people were killed. Gulen denies involvement.

In a separate operation, Istanbul police said they detained 21 people who were using an encrypted messaging application used by the network. Most of those detained were teachers who formerly taught at the network's schools or public institutions, police said.

Turkey's Western allies have criticized the post-coup crackdown, which mostly took place under a state of emergency which was declared shortly after the attempted coup and remained in effect until July 2018.

President Tayyip Erdogan's critics accuse him of using the failed putsch as a pretext to quash dissent. Turkey says the measures are necessary to combat threats to national security.