TEHRAN, September 24 -The British government has issued fresh warnings about the impacts on businesses and industries of a situation where the United Kingdom leaves the European Union without a deal. 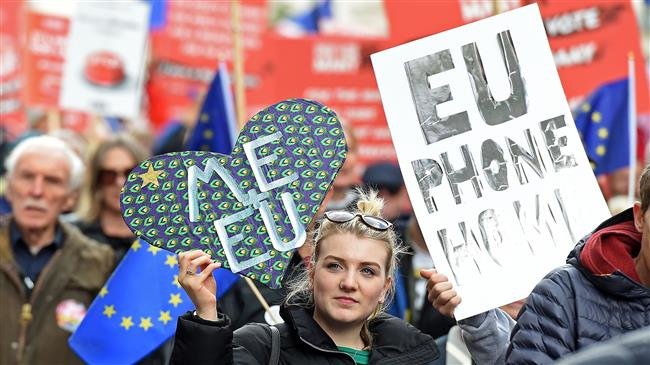 TEHRAN, Young Journalists Club (YJC) -The government released a new set of papers on Monday outlining what contingencies the British companies may face in case of a no-deal Brexit, saying flights could be grounded and people may find it difficult to move their pets to EU countries.

“If the UK leaves the EU in March 2019 with no agreement in place, UK and EU licensed airlines would lose the automatic right to operate air services between the UK and the EU without seeking advance permission,” said the government in its advice to companies and individuals on how to prepare for any disruption that might follow a disorderly Brexit.

Some other highlights of the documents, the third in line of such advisory notices, included a situation in which industries may be forced to drop the term “EU” in origin labeling from their products. The government also said that the EU may no longer recognize mineral water exported from Britain.

The documents said pet owners might face additional requirements to move their animals to other EU countries while British hauliers risk losing access to EU markets as automatic recognition by the EU of UK-issued community licenses might cease.

Britain is in the midst of some tough negotiations with the EU with the aim of clinching an agreement that could guarantee a smooth withdrawal of the country through a two-year transition period. However, there is a high chance that the UK simply crashes out of the EU without a divorce deal, leaving trade and many other issues unregulated.

Prime Minister Theresa May has submitted a range of proposals to the EU as part of her so-called Chequers plan, named after her country residence where the document was revealed in early July. The situation became further complicated last week when EU leaders attending a summit in Austria said they could not accept May’s plan of action.