TEHRAN, September 24 - Yemeni army forces, supported by allied fighters from Popular Committees, have intercepted and targeted an unmanned aerial vehicle, belonging to the Saudi-led military coalition, as it was flying in the skies over the country’s strategic western province of Hudaydah. 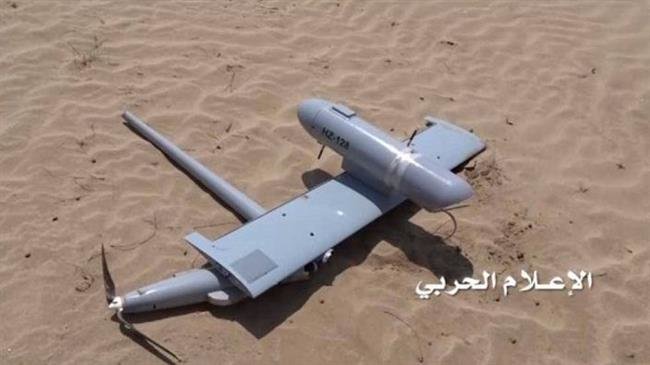 TEHRAN, Young Journalists Club (YJC) - An unnamed Yemen military source said Yemeni air defense forces and their allies shot drone shot down the drone as it was on a reconnaissance mission north of the al-Durayhimi district on Monday afternoon.

Meanwhile, Saudi authorities have confirmed the loss of three servicemen during clashes with Yemeni troopers and Popular Committees fighters in Yemen's northern province of al-Jawf.

The group, in a post published on its Twitter page, said the three Saudi soldiers were killed during an operation in the al-Hazm district of the Yemeni province.

Later on Monday, scores of Saudi-sponsored militiamen loyal to Yemen's former president Abd Rabbuh Mansur Hadi were killed and injured, when Yemeni army soldiers and fighters from Popular Committees detonated two roadside bombs as the former were travelling along a road in the al-Maton district of Jawf province.

Two Yemeni civilians also lost their lives and three others sustained injuries when Saudi warplanes bombarded an area of the Zabid district in Hudaydah province.

Moreover, Yemeni army forces and their allies fired a domestically-designed and -developed Zelzal-1 (Earthquake-1) ballistic missile coupled with a salvo of Katyusha rockets and mortar shells at the positions of Saudi mercenaries at the al-Alab border crossing of the kingdom’s southern region of Asir, leaving a number of them killed and injured.

Saudi Arabia and a number of its regional allies launched a devastating military campaign against Yemen in March 2015, with the aim of bringing the government of Hadi back to power and crushing the country’s popular Houthi Ansarullah movement.