TEHRAN, September 25 - The U.S. State Department has approved the sale to Taiwan of spare parts for F-16 fighter planes and other military aircraft worth up to $330 million, the Pentagon said on Monday. 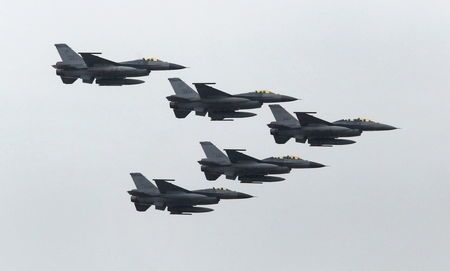 TEHRAN, Young Journalists Club (YJC) - U.S. military sales to self-ruled Taiwan, which China claims as its territory, is an irritant in the relations between the world's two largest economies. Taiwan would still need to finalize details of the sale with U.S. companies.

"This proposed sale will contribute to the foreign policy and national security of the United States by helping to improve the security and defensive capability of the recipient, which has been and continues to be an important force for political stability, military balance, and economic progress in the region," the Pentagon's Defense Security Cooperation Agency said in a statement.

China is deeply suspicious of U.S. intentions toward Taiwan, which is equipped with mostly U.S.-made weaponry and wants Washington to sell it more advanced equipment, including new fighter jets.

In a statement on Tuesday, Taiwan's Presidential Office thanked the United States for its support and said the island would continue to "stay in close communication and cooperation" with Washington for issues including security.

Military experts said the balance of power between Taiwan and China has shifted in favor of China, which could probably overwhelm the island unless U.S. forces came quickly to its aid.