TEHRAN, September 25 - Venezuela's socialist president Nicolas Maduro accused the right-wing governments of Chile, Colombia and Mexico on Monday of helping "terrorists" who tried to kill him during a drone attack in early August. 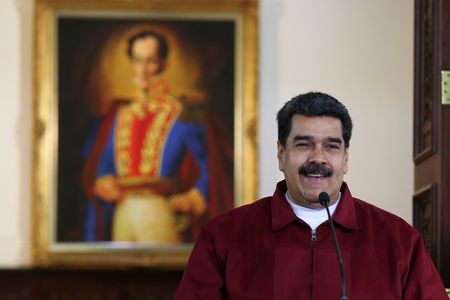 TEHRAN, Young Journalists Club (YJC) - The three countries refuted Venezuela's accusations that they were linked to the attack, which used drones carrying explosives during a military parade, in the latest spat between Caracas and Latin America.

Maduro showed a video of a young Venezuelan man, identified as Henryberth Rivas, who said in a televised broadcast on Monday night he participated in the drone attack against the president.

Rivas said in the video he was instructed by a fellow plotter after the attack to seek refuge at the Chilean embassy in Caracas, from where he was told he would be smuggled to the Mexican embassy, then to the Colombian embassy, and finally over the border to Colombia.

However, the Chilean embassy was closed and the plan fell through, Rivas said.

Maduro said: "Today I can say we have convincing elements of the participation of Chilean, Colombian and Mexican diplomats in the protection of these people who undertook a terrorist act," said Maduro, who also showed a video of Rivas allegedly being arrested.

Reuters was not able to corroborate the events described in the video.

Maduro did not provide evidence of the embassies' alleged role. The Information Ministry did not respond immediately to a request for further information.