TEHRAN, September 25 - A court in southern Vietnam has sentenced an activist to 27 months in prison for Facebook posts that judges say insulted the ruling Communist Party and government and called for anti-government protests. 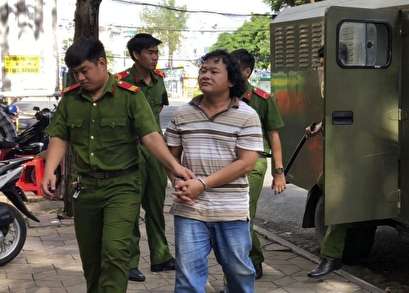 TEHRAN, Young Journalists Club (YJC) - Doan Khanh Vinh Quang, 42, was convicted "abuse of democratic freedom to infringe on the legitimate interests of the state" by the People's Court in Ninh Kieu District in Can Tho province after a one-day trial Monday, the Vietnam News Agency reported.

The agency quoted judges as saying Quang's actions "actively abetted hostile and reactionary forces from inside and outside the country" who want to overthrow the party and government.

The conviction comes as communist authorities step up a crackdown on dissent. Quang was third activist to be jailed in a week on similar charges.

On Saturday, Nguyen Hong Nguyen and Truong Dinh Khang, were convicted of insulting the Communist Party and its leaders, including late founding President Ho Chi Minh, and sentenced to two years and one year respectively in separate cases in Can Tho province.

Despite sweeping economic reforms over the past 30 years that opened Vietnam to foreign investment and trade that made it one of fastest growing economies in the region, the Communist Party tolerates no challenge to its one-party rule.

Some Western governments and international human rights groups criticize Vietnam for jailing people for peacefully expressing their views. Hanoi says only lawbreakers are put behind bars.

Some 97 activists were in jail as of April this year, according to Amnesty International.