In his UN address, Trump urges world to isolate Iran

TEHRAN, September 25 - In his speech to the United Nations General Assembly, US President Donald Trump has urged the world to isolate Iran. 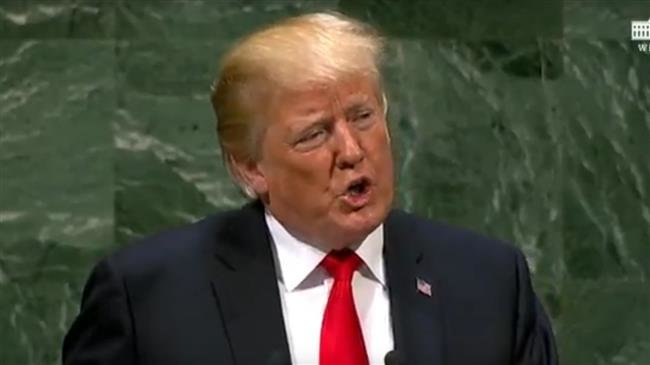 "We ask all nations to isolate Iran's regime as long as its aggression continues," he told the annual gathering. "They do not respect their neighbors or borders or the sovereign rights of nations."

He condemned “the horrible 2015 nuclear deal” between Iran and six world powers and called on other countries to completely isolate the Islamic Republic.

The US president said more sanctions will follow after the resumption of oil sanctions on Iran on November 5.

Meanwhile, Trump charged members of the OPEC oil cartel with "ripping off" the world and called for a lowering of fuel prices.

"OPEC and OPEC nations are, as usual, ripping off the rest of the world, and I don't like it. Nobody should like it," he said.

ICC has 'no legitimacy'

"As far as America is concerned, the ICC has no jurisdiction, no legitimacy, and no authority," Trump said of the global court.

"The ICC claims near-universal jurisdiction over the citizens of every country, violating all principles of justice, fairness, and due process. We will never surrender America's sovereignty to an unelected, unaccountable global bureaucracy."