TEHRAN, September 25 - Bank customers in the United Kingdom lost approximately £500 million to scams over a six month period, which experts warn end up in the pockets of people smugglers, drug traffickers and terrorists. 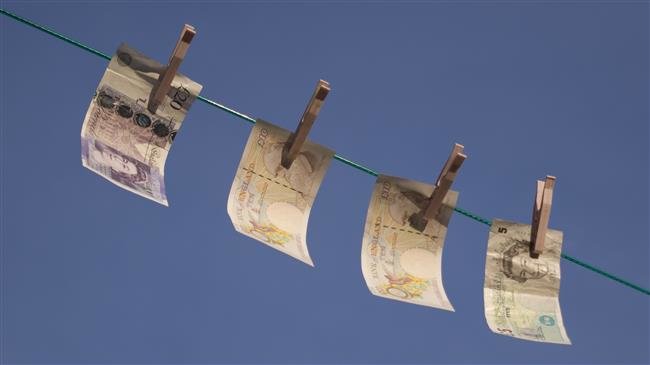 TEHRAN, Young Journalists Club (YJC) - According to reports in the British media on Tuesday, bank customers in the UK lost £145 million through such scams in the first half of 2018, while the other £358 million was lost in different types of unauthorized fraud and could eventually be repaid.

Nearly a third of the money was lost in scams known as authorized push payment scams, which mean the customers have no protection to reclaim their losses once stolen.

Unauthorized fraud is when a transaction is carried out by the third party without permission being given by the account holder. Victims of this type of fraud have protection.

Experts on financial crime are warning that these scams are funding terrorism and other major crimes and pose a threat to the UK society.

The managing director of economic crime at UK Finance, Katy Worobec, said the scams are a “major threat”.

"The criminals behind it target their victims indiscriminately and the proceeds go on to fund terrorism, people smuggling and drug trafficking, whether or not the individual is refunded,” said Worobec, adding that fraud remains one of the largest crimes affecting British society and has been for many years despite steps taken by the industry to tackle the problem.

The most prevalent type of fraud is known as purchase scams. Customers are tricked into paying for various goods or services in advance but, in the end, none of those good or services are received or didn’t exist in the first place.

There were also 3,866 reported cases of impersonation scams, where the criminal claims to be from a trusted organization like a bank and mislead the victim into sending over money or releasing private account information.

The average loss in these types of scams goes into the thousands of pounds leaving UK victims financially devastated.

Figures recorded by the Annual Fraud Indicator between October 2017 and March 2018 reported that 332,570 total crimes were recorded with a total loss to victims of £706 million. 62% of reports were from businesses and 39% from individuals.

According to UK Finance figures, only £30.9 million of the £145 million lost in these types of fraud scams has been repaid to the victims.