TEHRAN, September 26 - Tensions have escalated between the US and European Union (EU) countries over their plan to preserve business with Iran and avoid renewed American sanctions. 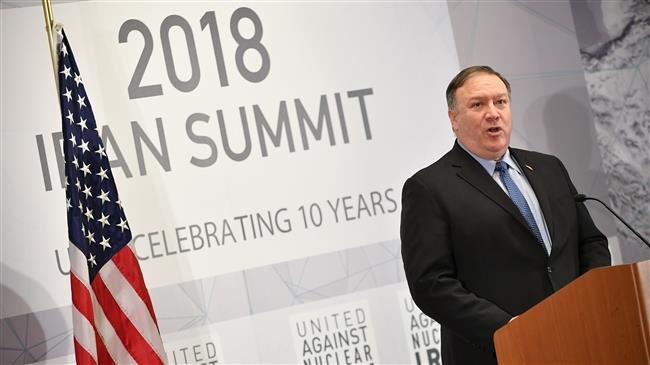 TEHRAN, Young Journalists Club (YJC) - US officials criticized European countries on Tuesday after they announced they would not back down on diplomacy with Tehran and promised to facilitate payments related to Iran’s exports as part of efforts to salvage the Joint Comprehensive Plan of Action (JCPOA) after the US’ withdrawal.

Addressing an anti-Iran gathering on the sidelines of annual UN meetings, US Secretary of State Mike Pompeo said he was "disturbed and indeed deeply disappointed" by the EU announcement.

"This is one of the most counterproductive measures imaginable for regional and global peace and security," Pompeo said in a speech that was interrupted several times by protesters.

US National Security Adviser John Bolton also mocked Brussels for its lack of detail on the planned mechanism, saying, "The European Union is strong on rhetoric and weak on follow-through … we do not intend to allow our sanctions to be evaded by Europe or anybody else.”

The hawkish US politician also issued warnings to high-ranking Iranian officials, saying, “We are watching, and we will come after you."

Mogherini said the bloc will finalize and implement “operational solutions” for trade issues that emerged after the unilateral withdrawal of the US from the 2015 agreement and the re-imposition of the sanctions lifted under the JCPOA.

Moreover, German Foreign Minister Heiko Maas told reporters there was "strong unity" with Iran on minimizing the impact of US sanctions.

Speaking at the 73rd session of the United Nations General Assembly in New York on Tuesday, French President Emmanuel Macron called for continued sales of oil by Iran, saying the flow would lower global prices and also benefit peace efforts.

"What will bring a real solution to the situation in Iran and what has already stabilized it? The law of the strongest? Pressure from only one side? No!" Macron said.

US President Donald Trump announced in May that Washington was pulling out of the nuclear agreement which lifted nuclear-related sanctions against Tehran in exchange for restrictions on Tehran's nuclear program.