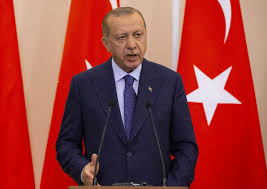 TEHRAN, Young Journalists Club (YJC) -President Igor Dodon said Erdogan will visit on Oct. 17-18 and travel to the semi-autonomous region of Gagauzia, where there is a Russian-speaking Christian Turkic group.

The teachers, who were working for a private high school, were expelled on Sept. 6 for alleged links to exiled U.S.-based Muslim cleric Fethullah Gulen, accused by Turkey of being behind a failed coup attempt in 2016. He denies involvement in the coup. It is unclear what happened to the teachers after they returned to Turkey.

Dodon said on his Facebook page Tuesday that Erdogan's visit will consolidate bilateral relations "in areas of common interest."