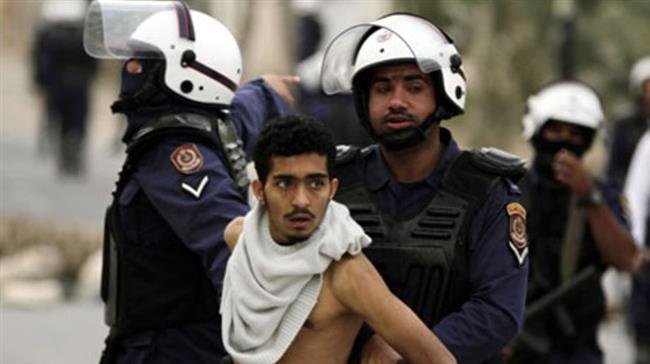 TEHRAN, Young Journalists Club (YJC) - The 15 people were arrested for what Bahrain’s police said “indulging in abusive activities to cause chaos" over the 10 days of Ashura.

The police statement, which was issued late Tuesday, gave no further details of the alleged offences during the commemorations.

Ashura is the 10th day of the lunar month of Muharram, which coincides with the martyrdom anniversary of Imam Hussein (PBUH), the grandson of Prophet Muhammad (PBUH) and the third Shia Imam.

The martyrdom anniversary is commemorated for a 10-day period, beginning on the first day of the month. The mourning rituals peak on the 10th day, traditionally known as Ashura, when the Imam and 72 of his companions were martyred at the hands of the despot to whom they had refused to pledge allegiance.

According to photographs of the detainees released by the police, all of them are apparently young.