TEHRAN, September 28 - The UN Human Rights Council has extended the mandate of war crimes investigators on Yemen, despite attempts by Saudi Arabia and a number of its allies to bully their way out of accountability for abuses in an atrocious military campaign against the impoverished Arab country. 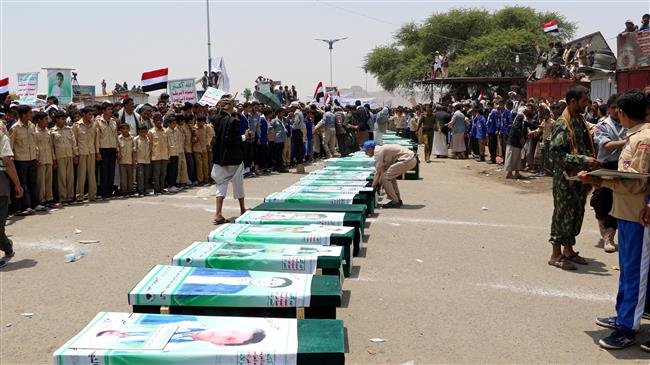 TEHRAN, Young Journalists Club (YJC) - On Friday, the United Nations' top human rights body voted by 21 votes to eight, with 18 abstentions, in favor of prolonging a resolution that renewed an inquiry into human rights in Yemen.

Supporters of the resolution, including Canada and the European Union, had argued that an expert group mandated by the Council last year still had work to do, but opponents alleged it would exacerbate the Yemeni crisis and increase regional instability.

Last week, Human Rights Watch criticized the Riyadh regime's “campaign to discredit and undermine a UN investigation into abuses by all Yemen's warring parties,” calling it “yet another blatant attempt to avoid scrutiny of the coalition's own actions in Yemen.”

Saudi Arabia and a number of its regional allies launched a devastating military campaign against Yemen in March 2015, with the aim of bringing the government of Yemen's former president Abd Rabbuh Mansur Hadi back to power and crushing the country’s popular Houthi Ansarullah movement.