Price for F-35 drops to lowest level yet

TEHRAN, September 29 - The three F-35 variants will run between $89 million and $115.5 million each, based on a contract between Lockheed Martin and the Pentagon for 141 aircraft. 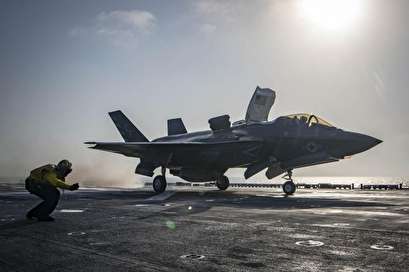 TEHRAN, Young Journalists Club (YJC) -The three F-35 variants will run between $89 million and $115.5 million each, based on a contract between Lockheed Martin and the Pentagon for 141 aircraft.

With an $11.5 billion agreement for the next round of F-35 Lightning II Joint Strike Fighter production, Lockheed Martin says the cost for all three variants of the aircraft have reached their lowest levels in the history of the program.

The Department of Defense and Lockheed Martin on Friday announced the contract for Low-Rate Initial Production Lot 11, which covers a total of 141 of the aircraft -- 91 for the U.S. military, 28 for F-35 international partners and 22 for foreign military sales customers -- with deliveries expected to start next year.

"Driving down cost is critical to the success of this program," Vice Admiral Mat Winter, F-35 Program Executive Officer, said in a statement. "We are delivering on our commitment to get the best price for taxpayers and warfighters."

The Pentagon on Thursday announced five other F-35 related contracts, including a $315 million contract to start procuring support equipment for LRIP of Lot 11 aircraft.

United Technologies also was awarded contracts worth a total of $248 million for procurement of long-lead materials, parts and components to support LRIP Lot 13 propulsion systems.

The F-35 was sent on its first combat mission this week by the U.S. Marine Corps. Over time, the aircraft is expected to replace wide swaths of the Air Force, Marine Corps and Navy fleets.

Lockheed reports there are more than 320 F-35s operating from 15 bases around the world, and that as production moves forward the company expects costs to continue to decrease.

"As production ramps up, and we implement additional cost savings initiatives, we are on track to reduce the cost of the F-35A to $80 million by 2020, which is equal to or less than legacy aircraft, while providing a major leap in capability," said Greg Ulmer, F-35 vice president and general manager.