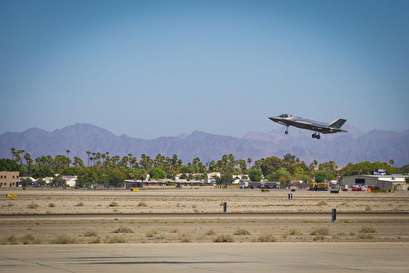 The F-35's ICP processes data for communications, sensors, electronic warfare systems, control systems and cockpit displays including the helmet, and is considered a key part of the "Technology Refresh 3" for the aircraft.

Lockheed Martin said Thursday that competition in the F-35 supply chain will significantly reduce costs and increase the plane's capabilities.

"We are aggressively pursuing cost reduction across the F-35 enterprise and, after conducting a thorough review and robust competition, we're confident the next generation Integrated Core Processor will reduce costs and deliver transformational capabilities for the warfighter," Greg Ulmer, vice president and general manager of the F-35 program at Lockheed Martin, said in a statement.

"The next generation Integrated Core Processor for the F-35 will have positive benefits for all customers in terms of life cycle cost, capability, reliability and more," Ulmer said.

The Integrated Core Processor is part of the Technology Refresh 3 program that is meant to update F-35's computer systems. Other parts of the refresh include the Panoramic Cockpit Display Electronic Unit and Aircraft Memory System. Both will be handled by Harris, according to Lockheed.

"The new F-35 ICP will pave the way for system scalability well into the future," Ed Zoiss, president of Harris Electronic Systems, said in a press release.

The F-35 is a 5th-generation stealth fighter that is being purchased by the Air Force, Navy and Marine Corps as replacements for much of their air fleets. Partner nations including Japan, the United Kingdom, Australia and many others are invested in the plane

Three different variants are being produced to meet the needs of each U.S service and international customer. The aircraft is now beginning to enter operational service with the United States.

The program has seen significant cost overruns and is the most expensive weapons program in U.S. history. It has been plagued by delays, software bugs, hardware problems and other issues.

It is meant to serve as the primary U.S. stealth fighter platform with the F-22 Raptor for years to come, with some estimates stretching it's role for the next several decades.

Test planes have already been exported to partner nations, including Israel, Japan and the United Kingdom. Thousands are expected to be purchased by the U.S. and allied nations for the indefinite future.