TEHRAN, September 29 -Kosovo’s president made a rare visit on Saturday to a disputed, mainly ethnic Serb area in the north of the country, angering Belgrade just three weeks after Serbia’s president infuriated Pristina by visiting the same area. 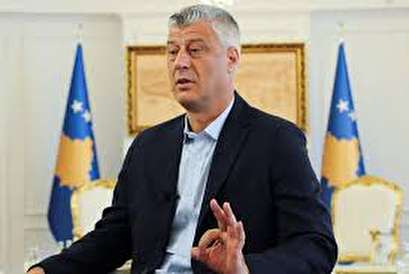 Kosovo media showed a picture of President Hashim Thaci on a boat on lake Gazivode, an artificial lake in a mainly ethnic Serb area, accompanied by the country’s police chief. Serbia’s President Alexander Vucic had visited the lake on Sept. 8.

Kosovo’s mainly ethnic Albanian security forces generally stay out of the small, mainly ethnic Serbian pocket of territory in the north, which Kosovo and Serbia dispute.

Thaci was quoted as saying he had coffee with workers at the lake. Serbia accused Kosovo police of seizing control of the lake and briefly detaining four workers. Kosovo said the police were there to provide security for the visit and nobody was detained.

The fate of ethnic Serb villages in northern Kosovo is one of the main issues of disagreement between Serbia and Kosovo, a former province of Serbia which declared independence after Serbian forces were driven out by NATO bombing in a war in 1999.

Marko Djuric, head of Serbia’s government office for Kosovo, said Serbia was putting its military as well as police under high alert as a result of Kosovo action in the area.

“Due to an Albanian attack against the north of Kosovo and the arrest of some Serbs who have not committed any crime, I ordered the police director to put all special police units in state of the highest readiness,” Serbian Interior Minister Nebojsa Stefanovic said.