TEHRAN, September 29 - Lebanon's Hezbollah resistance movement has described the Israeli Prime Minister Benjamin Netanyahu as delusional after he attacked the movement in his recent address to the UN General Assembly. 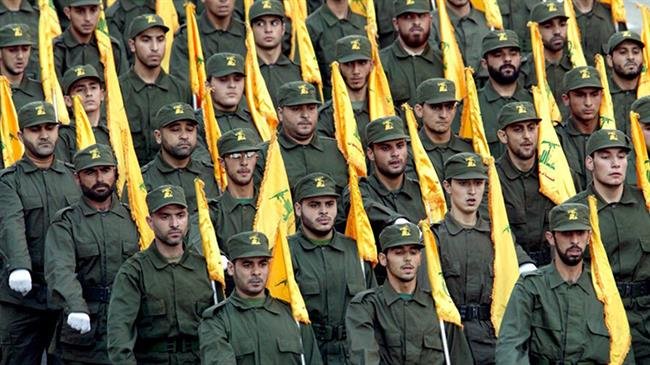 TEHRAN, Young Journalists Club (YJC) - “Let’s leave Netanyahu with his lies and delusions, to speak about what he wants and incite in the way he sees fit,” Mohammad Fneish, a Hezbollah member and Lebanon's caretaker youth and sports minister, was quoted by Lebanon’s the Daily Star newspaper as saying.

The Israeli premier alleged during an address to the United Nations General Assembly on Thursday that the movement was using “hidden missile sites” near Rafik Hariri International Airport in the Lebanese capital Beirut.

Lebanese President Michel Aoun asserted that Israel’s latest “threats” would not work to cause an escalation with Tel Aviv.

Lebanon and Israel are technically at war due to the latter’s occupation of the country’s Shebaa Farms since 1967.

Hezbollah was founded in the 1980s following the Israeli invasion and occupation of southern Lebanon.

Since its establishment, the movement has helped the army defend Lebanon both in the face of foreign aggression, including wholesale Israeli wars in 2000 and 2006, and against terrorism. The Israeli regime suffered a humiliating defeat during the second war.

Fneish affirmed that “the resistance has significant capabilities, as outlined by [Hezbollah] Secretary-General Seyyed Hasan Nasrallah."

"We are those concerned with responding to Netanyahu’s aggression and to any new attack on Lebanon,” he said.

The Hezbollah minister added, “The Israeli premier knows exactly what awaits him if he commits any aggression against Lebanon, and if he does not know, he will be surprised.”

“Hezbollah will continue to lead the resistance, to defend the country, and to confront any aggression that could pose a threat to the Lebanese and to the sovereignty of Lebanon,” Fneish said.

“Here is Israel, again coming up with excuses to justify assault and preparing to violate the sovereignty of states using the platform of [the UN],” Bassil tweeted.

“It forgot that Lebanon drove [Israel] out, defeated its aggression and is oblivious that its arrogance and new friendships won’t benefit it again,” he added.