Regional alliance with US at risk over Persian Gulf spat, says Qatar

TEHRAN, September 29 - A high-ranking Qatari official says a proposed NATO-like regional alliance, which brings together Persian Gulf littoral states, Egypt, Jordan and the United States, is at risk of credibility if a dispute between Doha and several of its Arab neighbors is not resolved. 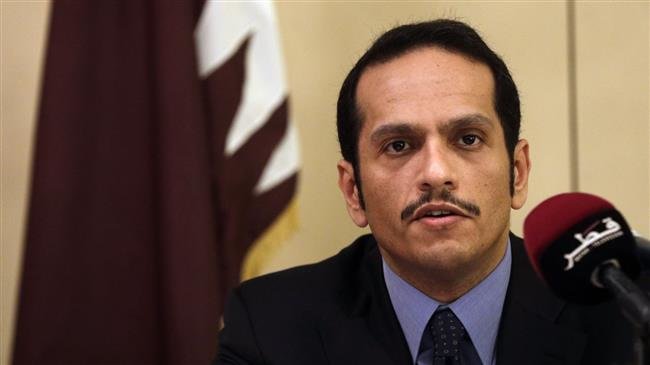 TEHRAN, Young Journalists Club (YJC) - “Regarding the alliance and the creation of the alliance, by ignoring the GCC ([Persian] Gulf Cooperation Council) rift, we don’t think that, even if it’s initiated, that it will be initiated effectively,” Qatari Foreign Minister Sheikh Mohammed bin Abdulrahman Al Thani said in New York.

“There is a serious challenge among the states and we need to address this challenge, in order also to prove the credibility of this alliance. And we believe there’s an opportunity over here,” he added.

The Qatari foreign minister further noted that there had been “no progress” in resolving the dispute with Saudi Arabia and its allies.

Al Thani, however, insisted that Doha remained “open to dialogue” with the Riyadh regime and its partners.

The document containing the demands by Saudi Arabia, Egypt, the UAE and Bahrain also asked Qatar to sever all ties with the Muslim Brotherhood and the Lebanese Hezbollah resistance movement.

Qatar has rejected the demands as "unreasonable."

The ongoing Saudi-led diplomatic and trade boycott against Qatar comes as the US is making efforts to speed up forging an Arab model of NATO.

The White House has confirmed that it is working on a plan to create a NATO-like security and political alliance between Arab countries to confront Iran despite deep divisions among the Persian Gulf Arab states. The project is tentatively known as the Middle East Strategic Alliance (MESA).

“MESA will serve as a bulwark against Iran," an unnamed spokesperson for the White House’s National Security Council (NSC) said in late July.

However, the diplomatic standoff between Qatar and a Saudi-led quartet of countries seems to have already hampered the formation of the so-called “Arab NATO."