Some 14,000 people participate in anti-racism rally in Germany: Reports

TEHRAN, September 30 - Some 14,000 people took part in a demonstration against racism in the German city of Hamburg on Saturday, local media reported. 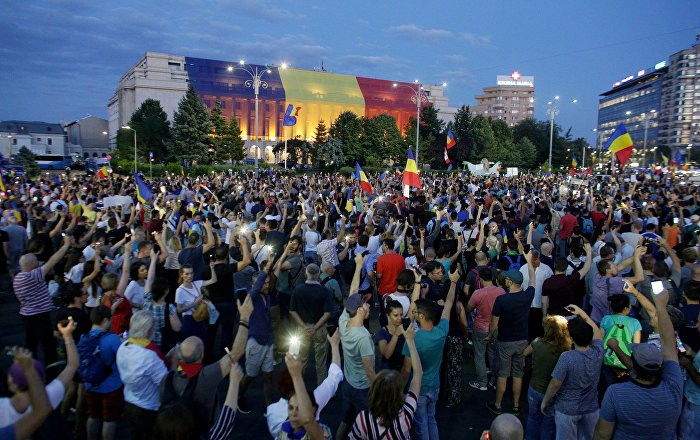 TEHRAN, Young Journalists Club (YJC) - The rally under the slogan reading "Together against racism" was supported by more than 450 organizations, according to Die Zeit newspaper. The organizers expected up to 30,000 demonstrators to participate in the event.

Demonstrators demanded the authorities to stop deporting migrants from Germany, and advocated the right of people to protection, migration and asylum. They also demanded dismissal of German Interior Minister Horst Seehofer as well as dissolution of the Federal Office for the Protection of the Constitution (BfV), Die Zeit reported.

Earlier in September, Seehofer called migration the "mother of all political problems" in Germany.
In turn, BfV head Hans-Georg Maassen was dismissed after calls to resign from opposition politicians, who have suggested he was supportive of right-wing views. The scandal erupted after Maassen said he had reservations about the authenticity of videos showing right-wing violence amid the recent anti-migration protests in Germany's Chemnitz.

European countries have been experiencing a severe migration crisis since 2015 due to the influx of thousands of migrants and refugees fleeing crises and poverty in the Middle East and North Africa. Lately, a wave of anti-immigrant rallies and counter-protests has been witnessed in Germany, with thousands of people, including right-wing radicals, taking to the streets of eastern city of Chemnitz.