TEHRAN, September 30 - Winners of top ranks in Croatia’s 25th international Quran competition were announced at the end of the contest Saturday. 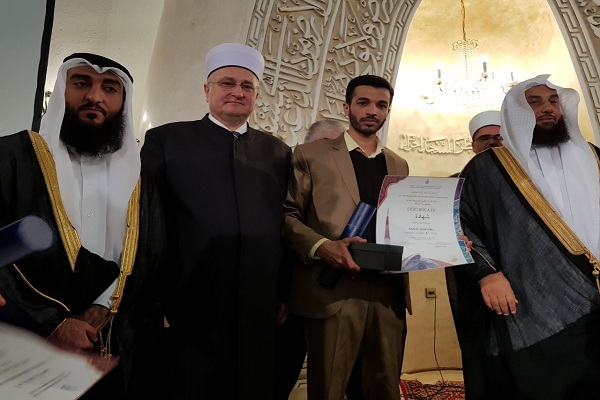 TEHRAN, Young Journalists Club (YJC) - As many as 75 Quran reciters and memorizers from 42 countries took part in the competition.

They competed in four categories (three categories of memorization and one of recitation).

The panel of judges announced Iranian Qari Kazem Azarpira as the top winner in the recitation category.

The runner up in this category was from Turkey.

In memorization of the entire Quran, Iran’s Mohammad Rasoul Takbiri failed to win any titles.

Iran’s representative in recitation had also came first in the 23rd edition of the contest in 2016.