TEHRAN, September 30 -Healthcare company shares have taken the lead in the record-setting U.S. stock market, and a desire for investors to become more defensive combined with potentially strong upcoming earnings could drive them even higher. 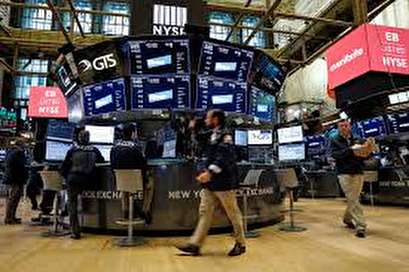 TEHRAN, Young Journalists Club (YJC) -Healthcare company shares have taken the lead in the record-setting U.S. stock market, and a desire for investors to become more defensive combined with potentially strong upcoming earnings could drive them even higher.

One big uncertainty that threatens the sector’s run: the looming congressional elections in less than six weeks.

Healthcare .SPXHC has topped all other major S&P 500 sectors in the third quarter, rising more than 13 percent, or nearly twice the gain of the overall market in the period.

The surge has propelled healthcare into the top echelon of sector performers for the year, trailing only tech .SLPRCT and consumer discretionary .SPLRCD, both of which are undergoing a major shake-up that could cause confusion for investors who make broad sector bets and lead to even more investment in healthcare.

“In sector reallocation, momentum certainly plays a role, and we are still very early in the momentum of the healthcare sector,” said David Lafferty, chief market strategist at Natixis Investment Managers.

Investors took advantage of particularly cheap valuations for healthcare shares this summer. They were further attracted by the many healthcare companies that surpassed expectations for second-quarter profit and revenue, making it one of the best sectors on those measures.

With fears that the economy may be on the verge of slowing, investors said healthcare, which represents 15 percent of the S&P 500, has also benefited as a potential defensive play and relative safe haven in rocky market times.

As much as any sector, healthcare has a lot on the line with the upcoming Nov. 6 congressional elections. Investor worries about onerous regulations, particularly for prescription drug pricing, have abated recently, analysts said, allowing for a longtime policy cloud over the stocks to lift, even as U.S. President Donald Trump has sought to lower the cost of medicines for consumers.

Those fears would reemerge if expectations increase that Democrats were on track to seize control of both the Republican-held Senate and House of Representatives, as they are seen as more likely to impose tougher rules on industry.

“The biggest risk to the sector would be a Democratic sweep,” Jarzebowski said.

Following seven months of outflows, more than $4.6 billion has flowed into U.S.-based healthcare mutual and exchange traded funds since May, according to data from Lipper.