Neither Saudi Arabia, nor other producers can replace Iranian oil: Zangeneh 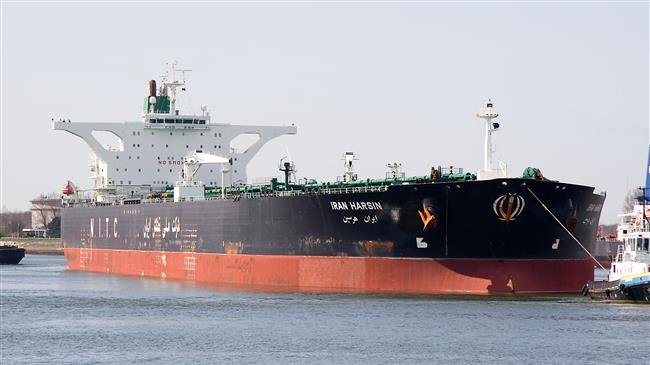 TEHRAN, Young Journalists Club (YJC) -"It seems that such remarks [by Saudi crown prince] have been made under [US President Donald] Trump's pressure," Zangeneh said on Monday.

Saudi Crown Prince Mohammed bin Salman told Bloomberg in an interview on Friday that his country had met its promise to the United States to make up for Iranian oil supplies lost through US sanctions re-imposed after Washington's withdrawal from a 2015 nuclear deal between Tehran and the P5+1 group of countries.

"Actually the request that America made to Saudi Arabia and other OPEC countries is to be sure that if there is any loss of supply from Iran, that we will supply that. And that happened. Because recently, Iran reduced their exports by 700,000 barrels a day, if I’m not mistaken. And Saudi Arabia and OPEC and non-OPEC countries, they’ve produced 1.5 million barrels a day. So we export as much as 2 barrels for any barrel that disappeared from Iran recently," he said.

In reaction to bin Salman's claims, the Iranian minister of petroleum said "neither Saudi Arabia nor any other [oil] producer" have such a production capacity.

"The market and the increase of prices are the best evidence that the market faces a shortage and it is worried about a severe shortage of oil supply," Zangeneh added.

"What Saudi Arabia had been supplying the market with, were not from [its] spare capacity but from tapping its oil stocks," he pointed out.

Trump announced in May that Washington was pulling out of the nuclear agreement, officially known as the Joint Comprehensive Plan of Action (JCPOA), which lifted nuclear-related sanctions against Tehran in exchange for restrictions on Tehran's nuclear program. The deal had been signed between Iran and the five permanent members of the UN Security Council -- the United States, Britain, France, Russia and China -- plus Germany in 2015.

The Trump administration is pushing on all buyers of Iranian oil to cut imports to zero. But Iran, OPEC’s third-largest producer, has repeatedly announced that its oil exports cannot be reduced to zero because of high demand levels in the market.

Iran has blamed Trump for oil price hikes, but the US president has pointed the finger at OPEC and called on the oil-producing body to boost output.

Zangeneh further said any country that makes claims about supplying the market with more oil to replace lost Iranian exports had no "determining impact" on the market, but would lead to short-term psychological outcomes.

These claims aim to satisfy the US and express support for Washington's sanctions against Iran, he added.

Iran has warned that if it were not able to export its crude oil through the Strait of Hormuz, no other country would be able to do so, threatening to block the strategic strait.

In an interview with Russia's Sputnik news agency, Iran's Deputy Foreign Minister Abbas Araqchi warned of the "serious effects" of the upcoming US sanctions against Iran on oil prices and the entire Middle East.

"Obviously, all countries in the Persian Gulf region want to sell their oil, and the world is in need of this region's oil and other energy resources," the top Iranian diplomat said.

He emphasized that any arrangement for the sale of oil in the region "should be inclusive" and added, "If you exclude one country [and] make sure that one country's oil sale comes to zero, as President Trump wants, that would create problems for the whole region. This is an obvious fact."

A US government official said on Friday that the Trump administration is actively considering waivers on sanctions it will re-impose next month for countries that are reducing their imports of Iranian oil.

The official, who spoke on the condition of anonymity, said the administration was “in the midst of an internal process” of considering exceptions called SRE waivers, or significant reduction exemptions.