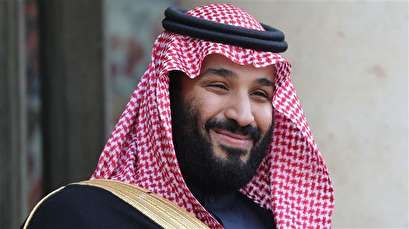 The British media reported Monday that the move will helps Saudi Arabia’s ruling family keep up with tiny Persian Gulf countries like Qatar and the United Arab Emirates which have made major investments in European football.

Qatari investors took over French giants Paris Saint-Germain in 2012 and have since spent over a billion dollars to help it return to its glory. Qatar will also host the 2022 FIFA World Cup.

Emirati billionaire Sheikh Mansour bin Zayed, meanwhile, bought the city of Manchester’s other major team, Manchester City, for £210 million in 2008. The investment has paid off for the wealthy sheikh as Forbes says the value of the club has since soared to over £2 billion in 2018.

To own Manchester United, however, the Salman family is required to pay a reported £4 billion to current American owner, the Glazer family.

The club has established long-term links with Riyadh.

Last year, for example, Manchester United signed a "memorandum of understanding" with Saudi Arabia's General Sports Authority to help build a “sustainable and thriving football” sector for the kingdom.

On its website, the club states that the "strategic partnership" involves "United lending its business and sporting expertise to clubs, sporting authorities and individuals in Saudi Arabia."

"The partnership forms part of Saudi Vision 2030 - the plan to diversify the Saudi economy and to develop its public sectors, announced last year by Crown Prince Mohammad bin Salman," the website adds.

The United’s co-chairman, Avram Glazer, will travel to Saudi Arabia next week to take part in an investor conference dubbed “Davos in the Desert.”

Reports suggest that he would discuss the possible acquisition with bin Salman, although there is no official confirmation that the meeting would take place.

Given that Riyadh is currently struggling with a deepening public relations crisis in the wake of its ongoing war against Yemen and the mysterious disappearance of dissident journalist Jamal Khashoggi, a news bomb as big as this seems to provide the Saudis with the perfect smoke screen to overcome the negative press.

Since rising to power last year, bin Salman has set out on a global charm offensive to lure in foreign investment and $4 billion sound like a small payment in exchange for the huge amounts of media coverage that it is guaranteed to buy for the kingdom.