TEHRAN, October 17 -Haitian President Jovenel Moise has reportedly survived an assassination attempt at a commemoration ceremony in the country’s capital of Port-au-Prince, amid resumed anti-government protests against financial corruption and a range of economic issues. 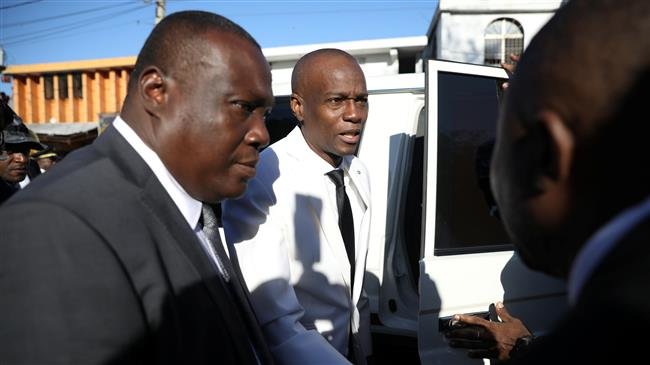 TEHRAN, Young Journalists Club (YJC) -Local media said the attack was carried out in the capital city during a wreath-laying ceremony on Wednesday to commemorate the 212th anniversary of the death of the first ruler of independent Haiti, Jean-Jacques Dessalines.

The media said unidentified gunmen opened fire at the commemoration ceremony attended by Moise. The Haitian president escaped unharmed but two members of his security team were injured.

Moise’s security officers were said to have shielded the president from the gunfire at the time of the incident and later safely removed him from the scene.

Haitian authorities had earlier announced a temporary ban on the carrying of firearms throughout the country for security reasons.

Judicial sources said the ban would remain in effect until October 19 at midnight.

The reported assassination attempt comes against the backdrop of resumed protests in the impoverished Caribbean nation that call for Moise’s resignation from power.

Earlier in the day, thousands of Haitians took to the streets of the capital to protest such issues as the government’s alleged misuse of funds from an oil assistance program, the high costs of living, and the low level of minimum wage.

“We are out here to demand that Jovenel return the money from the Petrocaribe fund. We are suffering too much. We can’t eat. Kids can'’t go to school. Jovenel has to leave power no matter what,” an unnamed protester told Reuters.

The demonstrators, armed with rocks and projectiles, set rubbish on fire as police fired tear gas.

Reuters reported that clashes between police and protesters on the streets of Port-au-Prince had left at least one person dead and dozens more injured.

The deceased was reportedly hit in the head by a bullet. It was not clear who fired the shot.

Back in July, the poorly-resourced country was rocked by strong protests against an announced reduction of fuel subsidies and a sharp rise in fuel prices as part of an agreement with the International Monetary Fund (IMF).

The violent protests prompted the resignation of the then-Prime Minister Jack Guy Lafontant.