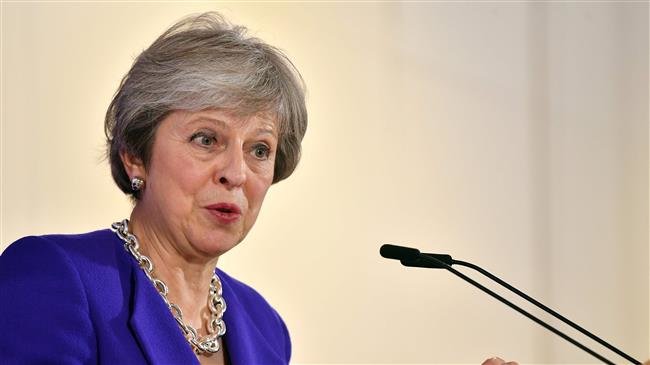 TEHRAN, Young Journalists Club (YJC) -The plan “could in theory, lead to a long running IP (implementation period),” the London Times reported on Wednesday, citing the documents seen by the paper.

The arrangement might last for many years on a “rolling” basis with an “annual decision point” where any transition extension is reviewed.

This is in stark contrast to the remarks by the prime minister, who said last week this arrangement could be extended "for a few months", if needed.

The new report says that the documents were drawn up by May’s principal Europe adviser, Oliver Robbins, by order of May’s office.

The documents show that cabinet ministers have been presented with different models in order to predict what would happen if no trade deal to govern UK’s future relations with the EU was reached by the end of the transition period.

Brexit talks have stalled as May resisted EU’s so-called backstop plan for including Northern Ireland in the customs union until a solution is found for bilateral trade.

Arguing that the solution will effectively separate Northern Ireland from the rest of the UK, May has instead urged the bloc to include the entire UK in the customs union in the transition period, which will start as of March 29, 2019, and even beyond that.

May has been reluctant to accept an extension to the transition period as her opponents in Britain have warned that such a move would be a betrayal to the vote of the British people who decided in a referendum in June 2016 for their country to leave the EU.