TEHRAN, October 26 - European members of NATO urged the United States on Thursday to try to bring Russia back into compliance with a nuclear arms control treaty rather than quit it, diplomats said, seeking to avoid a split in the alliance that Moscow could exploit. 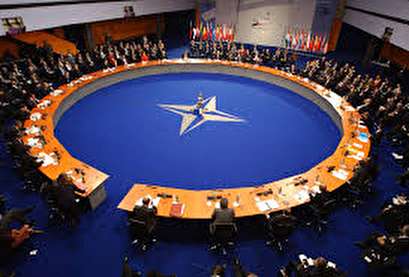 Diplomats present said Germany and other European allies called for a final effort on Washington's part to convince the Kremlin to stop what the West says are violations, or possibly renegotiate it to include China.

"Allies want to see a last-ditch effort to avoid a U.S. withdrawal," one NATO diplomat said on condition of anonymity because of the classified nature of the meeting, which took place two days after senior U.S. official John Bolton informed Russian President Vladimir Putin of the plans in Moscow.

"Nobody takes issue with Russia's violation of the treaty, but a withdrawal would make it easy for Moscow to blame us for the end of this landmark agreement," a second diplomat said.

NATO declined to comment on the details of the meeting but issued a statement saying that allies assessed "the implications of Russia's destabilizing behavior on our security."

"NATO allies will continue to consult on this important issue," it added.

Earlier this week, NATO Secretary-General Jens Stoltenberg laid the blame on Russia for violating the treaty by developing the SSC-8, a land-based, intermediate-range Cruise missile which also has the name of Novator 9M729.

Russia denies any such violations.

NATO allies including Belgium and the Netherlands, which host U.S. nuclear weapons facilities in Europe, warned in the North Atlantic Council, NATO's highest decision-making body, of a public outcry if the United States were to try to install medium-range nuclear weapons on their territory again.