TEHRAN, October 31 -Jahangir Mohammed, director of the Center for Muslim Affairs, told Press TV on Wednesday that the United Nations’ expectation from the Myanmar government to pave the way for the safe return of Rohingya Muslims to their homeland is not realistic. 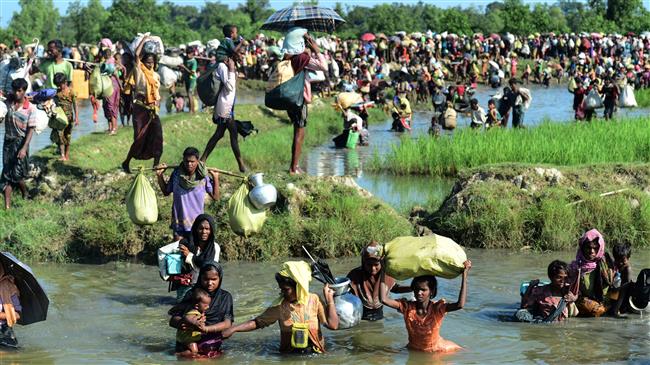 TEHRAN, Young Journalists Club (YJC) -“The Myanmar state and the rulers are the ones who are responsible for the plight of Rohingya Muslims .... and therefore, to expect them to create the conditions for the safe return of Rohingya Muslims is quite impractical really and unrealistic.”

The international body is expecting the perpetrators of genocide to create normality for safe return of the Muslim minority to Myanmar, Mohammed noted.

The commentator also criticized the United Nations for “allowing the perpetrators to escape” without any sanctions or courts.

The UN says nearly 700,000 Rohingya Muslims have fled to Bangladesh from Myanmar’s Rakhine State since August 2017.