US at risk of losing war with Russia or China: Experts

TEHRAN, November 15 - A US Congress-mandated panel of bipartisan experts has warned that the United States runs the risk of losing a military confrontation with China or Russia. 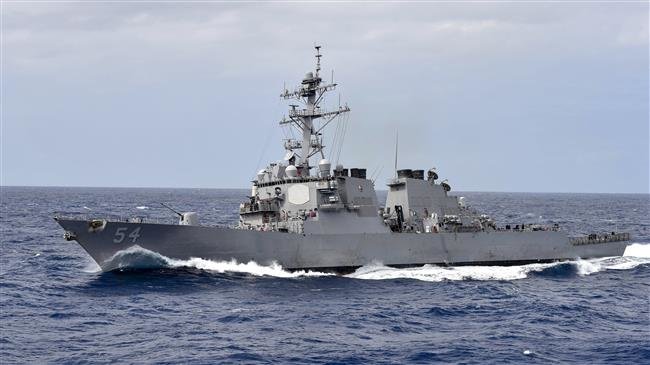 TEHRAN, Young Journalists Club (YJC) - The 12-member commission of experts was led by former Under Secretary of Defense for Policy Eric Edelman and former chief of naval operations, retired Adm. Gary Roughead. The panel was mandated in the National Defense Authorization Act of 2017 for conducting an independent, nonpartisan review of the 2018 National Defense Strategy.

The panel released its findings on Wednesday. The report praised the administration of President Donald Trump for focusing more on Russia and China but it claimed that Trump’s new National Defense Strategy is insufficiently resourced.

"The (National Defense Strategy) too often rests on questionable assumptions and weak analysis, and it leaves unanswered critical questions regarding how the United States will meet the challenges of a more dangerous world," the report said.

"The Commission assesses unequivocally that the NDS is not adequately resourced," the report added, while adding that "available resources are clearly insufficient to fulfill the strategy's ambitious goals, including that of ensuring that DOD can defeat a major power adversary while deterring other enemies simultaneously."

This is while the Trump administration has authorized the US Department of Defense to invest around $717 billion into military strategies that will target Russia and China.

Trump has said the budget is aimed at revitalizing the US military, one of his key campaign promises.

The report warned that "the US military could suffer unacceptably high casualties" and "might struggle to win or perhaps lose, a war against China or Russia."

"The United States is particularly at risk of being overwhelmed should its military be forced to fight on two or more fronts simultaneously," it added.

US Secretary of Defense James Mattis has also earlier warned that Russia and China are challenging America’s military dominance with technological advances, “placing the international order under assault."

He has said the US military dominance in sea, land and air was being threatened with Russian and Chinese technological advances.