TEHRAN, December 03 - Iran's Foreign Ministry says halting arms exports to parties involved in the aggression against Yemen will facilitate the achievement of peace in the war-torn country as belligerent sides are heading for renewed UN-brokered peace talks in Sweden. 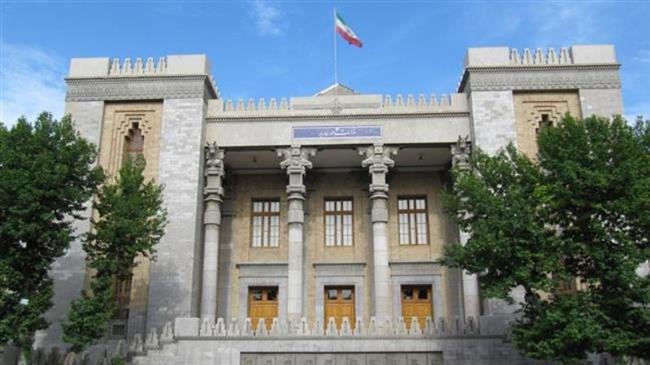 TEHRAN, Young Journalists Club (YJC) - In a statement on Monday, the ministry offered its support for the forthcoming Yemen peace talks while urging the international community to play a "key and serious" role, including by exerting pressure on the exporters of arms to the aggressors in order to "facilitate the peace process in Yemen.”

Reiterating that the Yemeni people must be allowed to decide their country’s fate free from the outsiders’ interference, the statement said, “There is no way out of the Yemen crisis other than a political solution based on Yemeni-Yemeni talks.”

Iran's Foreign Ministry called on all Yemeni sides to have "constructive and responsible" participation in the peace talks with the goal of putting an end to the humanitarian crisis in Yemen.

It also urged “all the Yemeni sides to take trust-building measures, preparing the ground for achieving a comprehensive agreement to put an end to the suffering of Yemenis and the brutal blockage imposed on them.”

The statement pointed to the Islamic Republic's comprehensive four-point peace plan presented at the onset of the brutal aggression on Yemen to resolve the crisis, noting that the four-point plan included an immediate cessation of war, delivery of humanitarian aid, beginning of Yemeni-Yemeni talks, and the establishment of an all-inclusive government in Yemen.

In April 2015, Iranian Foreign Minister Mohammad Javad Zarif submitted a letter on a four-point peace plan for Yemen to the United Nations in an attempt to end the bloodshed in the Arab country.

In a post on his official Twitter account on Friday, Zarif once again assessed the viability of putting an end to the ongoing Saudi-led crisis in Yemen only through the Islamic Republic's four-point plan.

"Today, after untold human suffering & war crimes by the Saudi coalition & its U.S. accomplices, & efforts to whitewash their crimes with absurd allegations against Iran, our four-point plan still remains the only viable option," the top Iranian diplomat said.

Elsewhere in the statement, the Iranian Foreign Ministry reiterated that the warmongers have not achieved any of their political and hegemonic goals after four years of the bitter war and destructive aggression against Yemeni people.

"The campaign has only led to the collapse of economic resources and infrastructures of Yemen, deaths of thousands of women and children and other oppressed but resilient people of Yemen and a total humanitarian catastrophe in the country," it said.

The ministry expressed its readiness to establish cooperation with the international community to immediately resolve the ongoing crisis in Yemen.

It also underlined the necessity of facilitating the process of delivering humanitarian aid to Yemen, saying, "It is the world’s historic responsibility today to make efforts to end humanitarian crisis and catastrophe in the Arab country."

Saudi Arabia and a number of its regional allies launched a devastating military campaign against Yemen in March 2015, with the aim of bringing the government of former Yemeni president, Abd Rabbuh Mansur Hadi, back to power and crushing the country’s Houthi Ansarullah movement.

A number of Western countries -- the US, France and Britain in particular -- are also accused of being complicit in the ongoing aggression as they supply the Riyadh regime with advanced weapons and military equipment as well as logistical and intelligence assistance.

The United States will continue backing the Saudi-led war on Yemen, Secretary of State Mike Pompeo said on Saturday, despite a humanitarian crisis in the impoverished country and the global outrage aimed at Saudi Arabia in the wake of the murder of dissident journalist and The Washington Post columnist, Jamal Khashoggi, at the Saudi consulate in Turkey last month.

"The program that we're involved in today we intend to continue," Pompeo said, speaking from a Group of 20 summit in Buenos Aires.

Yet, he acknowledged that the crisis in Yemen has reached "epic proportions."