TEHRAN, December 05 - Top Republicans in the United States are attacking Saudi Crown Prince Mohammed bin Salman for ordering the murder of dissident journalist Jamal Khashoggi at the Saudi consulate in the Turkish city of Istanbul in October. 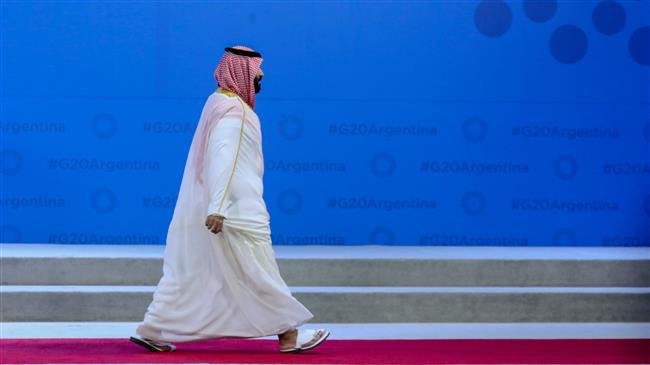 TEHRAN, Young Journalists Club (YJC) - "I think Prince Mohammed gave the order, or at least he knew about it, to butcher Khashoggi. Prince Mohammed ... he really was the original El Chapo, literally," said Louisiana Senator John Kennedy on Tuesday as US President Donald Trump was under pressure for maintaining support for the murderous prince.

Jamal Khashoggi was reportedly tortured, murdered and then dismembered via a bone saw by Saudi operatives at the Saudi consulate in Istanbul on October 2.

Other senators emerging from a briefing with CIA Director Gina Haspel also blame the Saudi de facto ruler for the murder despite Trump’s unwavering support for the prince in the wake of his arms deal with Riyadh.

“You have to be willfully blind not to come to the conclusion that this was orchestrated and organized by people under the command of MBS and that he was intricately involved in the demise of Mr. Khashoggi,” Graham added.

There was “zero question” that the young prince was behind the assassination, according to Senate Foreign Relations Committee Chairman Bob Corker, a Republican from Tennessee.

"I have zero question in my mind that the crown prince directed the murder and was kept apprised of the situation all the way through. I have zero question in my mind," said the lawmaker. "I think temperatures are up by all involved … so figuring out something that can pass overwhelmingly still is going to be difficult because some people want to tie the Yemen piece into the Khashoggi piece.” The Senate could take a vote on proceeding to the Yemen resolution next week.

Illinois Republican Senator Dick Durbin also predicted that after the briefing, “the sentiment to continue this effort is stronger now than ever.”

There were also complains from some senators, who were not allowed into the briefing.

“While I will not discuss the content of the Haspel briefing, it reinforced the need for a strong response to the murder of Jamal Khashoggi," Schumer said Senate Democratic leader Charles Schumer in a statement. "CIA Director Haspel should brief the full Senate without delay."

Haspel reportedly did not try to change the lawmakers’ mind about the matter, yet the hearing led to a more outspoken stance from the senators.

“All evidence points to that all this leads back to the crown prince,” said, Alaska Republican Senator Richard Shelby, calling the murder a “reprehensible conduct.”

Saudi Arabia has acknowledged the murder, yet left many questions unanswered.

Turkish intelligence intercepts reportedly show that Khashoggi, who was last seen entering the Saudi mission in Istanbul on October 2, was murdered on a direct order from Saudi de facto ruler bin Salman

Turkish President Recep Tayyip Erdoğan also maintains that the crown prince and other top Saudi leaders should be held accountable for Khashoggi's assassination,