OPEC agrees to slash production by 1.2mn bpd despite US pressure

TEHRAN, December 07 - Member states of the Organization of the Petroleum Exporting Countries (OPEC) and 10 other oil producing nations have agreed to cut output by 1.2 million barrels a day despite opposition from US President Donald Trump's administration. 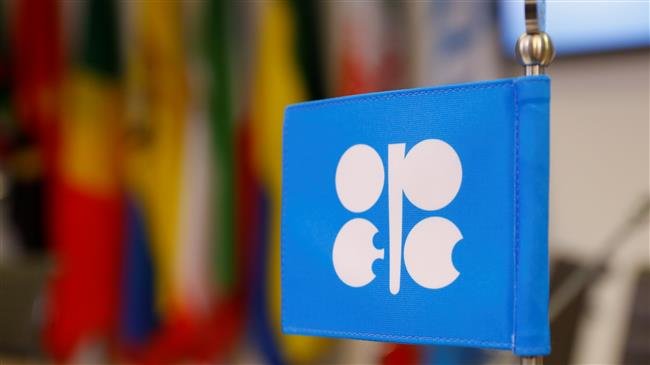 TEHRAN, Young Journalists Club (YJC) - After two days of talks at the OPEC headquarters in Vienna, OPEC and non-OPEC countries, including Russia, reached the deal on Friday to slash their output from January 1, 2019 in a bid to raise crude prices. The US had sought a reduction in oil prices.

Russian Energy Minister Alexander Novak also confirmed the combined output cuts and said the market would be oversupplied through the first half of the year.

However, the Friday's deal exempted Iran, along with Venezuela and Libya.

Speaking to reporters at the end of the session, Iran’s Petroleum Minister Bijan Zangeneh expressed his satisfaction with the decision.

He added that the negotiations were "difficult and complicated" but led to a result in favor of the OPEC member states and Iran.

"OPEC does not want to be pressured from outside the organization. I do not know when the US administration will take lessons from this trend," the Iranian petroleum minister said.

He noted that Russia has no impact on the OPEC but played a leading role in the agreement between members and non-members of the organization.

Zangeneh on Thursday said Iran should be exempted from any oil production cut deal as long as it remains under “illegal” US sanctions.

“We should be excluded from any decision about the level of production in the future until the lifting of the imposed illegal sanctions,” Zangeneh told reporters. “Iran will not involve itself in any deal over OPEC production levels.”

The Trump administration imposed the second wave of sanctions against Iran in November in which a universal ban on the country’s oil exports was cited as a primary objective.

Although US officials mainly targeted Iran’s oil sales, officials in Tehran have repeatedly rejected the feasibility of this, stressing that international consumers cannot afford to lose Iranian supplies.

Following the agreement, Oil prices jumped more than four percent with Brent crude, the international benchmark for oil prices, trading at $63 a barrel.

Oil prices have fallen from a four-year high above $86 a barrel in early October on concerns over excess supply.

Iran believes that any supply reduction should come from those who pumped more - Saudi Arabia and Russia have provided the largest increases - rather than all 25 OPEC and non-OPEC countries involved in the current accord.