Why smart people are vulnerable to putting tribe before truth

TEHRAN, December 10 -Science literacy is important, but without the parallel trait of "science curiosity," it can lead us astray. 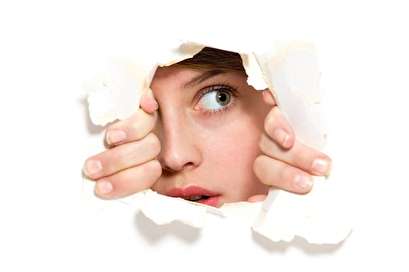 TEHRAN, Young Journalists Club(YJC) -What intellectual capacities—or if one prefers, cognitive virtues—should the citizens of a modern democratic society possess? For decades, one dominant answer has been the knowledge and reasoning abilities associated with science literacy. Scientific evidence is indispensable for effective policymaking. And for a self-governing society to reap the benefits of policy-relevant science, its citizens must be able to recognize the best available evidence and its implications for collective action.

This account definitely isn’t wrong. But the emerging science of science communication, which uses scientific methods to understand how people come to know what’s known by science, suggests that it is incomplete.

Indeed, it’s dangerously incomplete. Unless accompanied by another science-reasoning trait, the capacities associated with science literacy can actually impede public recognition of the best available evidence and deepen pernicious forms of cultural polarization.

The supplemental trait needed to make science literacy supportive rather than corrosive of enlightened self-government is science curiosity.

Simply put, as ordinary members of the public acquire more scientific knowledge and become more adept at scientific reasoning, they don’t converge on the best evidence relating to controversial policy-relevant facts. Instead they become even more culturally polarized.

This is one of the most robust findings associated with the science of science communication. It is a relationship observed, for example, in public perceptions of myriad societal risk sources—not just climate change but also nuclear power, gun control and fracking, among others.

In addition, this same pattern—the greater the proficiency, the more acute the polarization—characterizes multiple forms of reasoning essential to science comprehension: polarization increases in tandem not only with science literacy but also with numeracy (an ability to reason well with quantitative information) and with actively open-minded thinking—a tendency to revise one’s beliefs in light of new evidence.

One doesn’t have to be a Nobel prizewinner to figure out which position one’s tribe espouses. But if someone does enjoy special proficiency in comprehending and interpreting empirical evidence, it is perfectly predictable that she’ll use that skill to forge even stronger links between what she believes and who she is, culturally speaking.

Conceptually, curiosity has properties directly opposed to those of identity-protective cognition. Whereas the latter evinces a hardened resistance to exploring evidence that could challenge one’s existing views, the former consists of a hunger for the unexpected, driven by the anticipated pleasure of surprise. In that state, the defensive sentries of existing opinion have necessarily been made to stand down. One could reasonably expect, then, that those disposed toward science curiosity would be more open-minded and as a result less polarized along cultural lines.