Second Canadian missing in China after detention of former diplomat 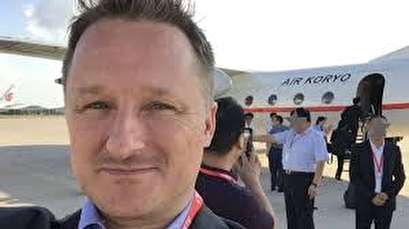 His disappearance follows the detention in Beijing on Monday of former diplomat Michael Kovrig, who works for the International Crisis Group. State media in China has reported Kovrig is being investigated “on suspicion of engaging in activities that harm China’s state security”.

China has reacted angrily to Canada’s arrest on Dec. 1 of Chinese executive Meng Wanzhou, the chief financial officer of China’s Huawei Technologies and Spavor’s disappearance is likely to further escalate the diplomatic row.

Meng’s arrest was made at Washington’s request. She has been accused by U.S. prosecutors of misleading banks about transactions linked to Iran, putting the banks at risk of violating sanctions.

Canada has been unable to contact Spavor since he notified the Canadian government that he was being questioned by Chinese authorities, Foreign Ministry spokesman Guillaume Bérubé said in statement issued in Canada late on Wednesday.

Canada was working hard to ascertain Spavor’s whereabouts and would continue to raise the issue with the Chinese government, Bérubé said.

Friends of Spavor told Reuters he was due to fly out of Dalian on a Korean Air flight to South Korea at 2:05 p.m. (0605 GMT) on Monday but had not arrived.

Spavor, who is based in the northern Chinese city of Dandong, on the border with North Korea, is the head of Paektu Cultural Exchange, a China- and UK-based non-profit social enterprise.

The group says on its website it is “dedicated to facilitating sustainable cooperation, cross-cultural exchanges, activities, trade, and investment” with North Korea.

It also says the organization maintains an “array of contacts” within North Korea and is “nonpolitical”.