TEHRAN, December 15 -Six Pakistani soldiers have been killed when a paramilitary convoy came under attack by gunmen in Pakistan's southwestern province of Balochistan. 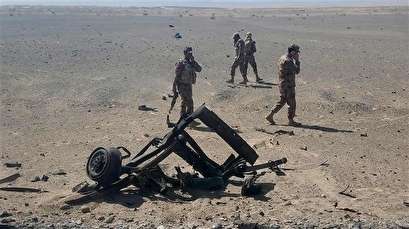 TEHRAN, Young Journalists Club (YJC) -Six Pakistani soldiers have been killed when a paramilitary convoy came under attack by gunmen in Pakistan's southwestern province of Balochistan.

The shooting took place in the mountainous district of Kech on Friday, when soldiers from the paramilitary Frontier Corps (FC) were on a routine patrol, officials said.

A top official from the FC acknowledged the assault and said that a search operation is underway in the area.

Balochistan has long been plagued by an insurgency by nationalist and separatist groups who seek to secure bigger shares in regional resources.

China, which neighbors Pakistan, is a close ally and the country's main benefactor. It launched a project known as the China-Pakistan Economic Corridor (CPEC) to connect the Pakistani port of Gwadar to China’s Xinjiang via a vast network of highways and railways.

The assault comes less than a month after three assailants from the BLA attacked the Chinese consulate in Pakistan's southern city of Karachi, leaving four people dead.