TEHRAN, December 16 -Iranian Foreign Minister Mohammad Javad Zarif has once again reiterated the ineffectiveness of US sanctions with regard to causing any change in the Islamic Republic's policies, saying that they only hurt "ordinary Iranians." 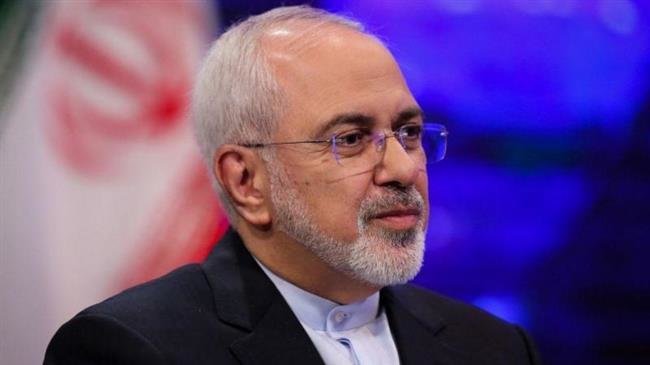 TEHRAN, Young Journalists Club (YJC) - In a post on his official Twitter account on Sunday, Zarif pointed to his participation in the Doha Forum 2018 in Qatar and said he had told the conference that US "sanctions have never worked."

Referring to the policy adopted by the previous US administration to start talks with Iran over the country's nuclear program, Iran's top diplomacy said, "It was U-turn on part of US, which allowed #IranTalks to proceed. Same dynamic today," in a clear reference to the fact that instead of withdrawing from the Iran nuclear deal, the new American government had better settle its disputes with Iran at the negotiating table.

Iran and the five permanent members of the United Nations Security Council – the United States, France, Britain, Russia and China – plus Germany signed the multilateral Iran nuclear agreement, officially known as the Joint Comprehensive Plan of Action (JCPOA), on July 14, 2015 and started implementing it on January 16, 2016.

However, US President Donald Trump withdrew his country in May from the landmark agreement and decided to re-impose unilateral sanctions against Tehran.

Zarif added in his Twitter post that Iran and the remaining signatories to the JCPOA "are at table," emphasizing that "it is [the] US, which has decided to walk away and sow violence & chaos."

In his address to the Doha Forum 2018 in Qatar on Saturday, Zarif said economic sanctions imposed by the United States against Iran will fail to have any impact on the policies of the Islamic Republic at home or abroad.

"It's obviously the case that we are facing economic pressure because of the US sanctions. [The] US is a major global power and it can actually create painful conditions for other countries. But would that lead to a change of policy? I can assure you that it won't," the Iranian foreign minister added.

In November, the Trump administration announced the re-imposition of the “toughest” sanctions ever against Iran's banking and energy sectors with the aim of cutting off the country's oil sales and crucial exports.

The US administration hoped to get the other parties to the deal with Iran to likewise scrap the deal, but instead, they stressed that not only would they stick to the agreement, but they would also work to sustain it in the face of increased US pressure. Europeans believe that the nuclear deal is an important element of international security.

In November, Head of the Atomic Energy Organization of Iran (AEOI) Ali Akbar Salehi said sanctions will fail to stop the country's progress in different fields.

"In spite of sanctions, Iran's achievements in various fields, particularly in the defense and missile industry sectors as well as the nuclear industry have astonished the world," Salehi added.

In a letter to United Nations Secretary General António Guterres, the Islamic Republic of Iran Medical Council (IRIMC) said illegal economic sanctions imposed by the United States against Tehran have negative impacts on the country's health sector, calling for an immediate and humanitarian solution to the issue.